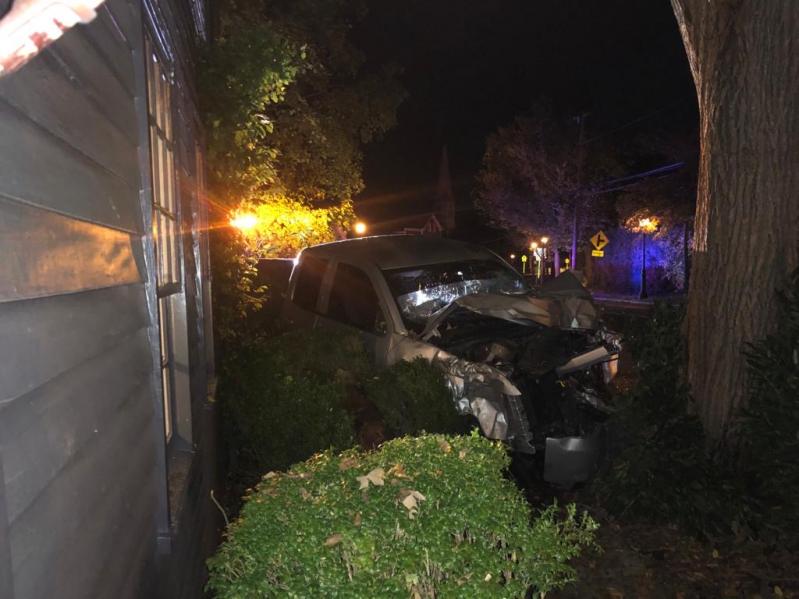 A pickup truck crashed into trees, shrubs, and almost into a house at the corner of Hampton and Division Streets in Sag Harbor on Saturday night.
Peter Acocella Photos
By Christine Sampson

A single-vehicle crash Saturday night at the southbound curve of Hampton and Division Streets in Sag Harbor sent the driver and a passenger to the hospital with injuries, and left a house at the crash site with a shocked resident and damage to its second floor.

Sag Harbor police said Jake A. Early, 22, who lives in the village, was driving a pickup truck that did not belong to him, a 2016 Chevrolet Silverado, and failed to navigate the curve in the road.

Police and first responders were at the scene at 10:12 p.m. Mr. Early and his passenger, a 17-year-old girl, were able to climb out of the truck on their own. After speaking with the driver, police determined that he was intoxicated, and charged him with felony drunken driving based on a prior D.W.I. conviction in September 2019. He also faces misdemeanor charges of aggravated unlicensed operation, driving without a court-mandated Interlock device, and unauthorized use of a motor vehicle.

Both Mr. Early and the young woman were transported to Stony Brook Southampton Hospital and were admitted for treatment. He is due to be arraigned in Sag Harbor Justice Court on Friday. In a news release, Sag Harbor Police Chief Austin J. McGuire said his department was “working in conjunction with the Suffolk County district attorney’s vehicular crimes unit, and further charges may be pending.”

A Hampton Street neighbor who heard the crash rushed out of his house to see what had happened. The neighbor, Peter Acocella, believes that “the truck was slowed as it downed a utility pole and tore through fences, trees, and shrubs, preventing it from seriously damaging the structure itself. The house sustained damage on its second story, no doubt from flying debris.”

Mr. Acocella said the house’s owner “only acquired the house this year, [and] was visibly shaken when she emerged from her home. She had been sitting a mere five feet away from where the truck came to rest.”

He recalled several other accidents in almost the same spot. “Residents along that stretch of road have appealed to authorities for years in the hope that they would take action to mitigate the danger to them and their property. Their appeal has fallen on deaf ears,” Mr. Acocella said. 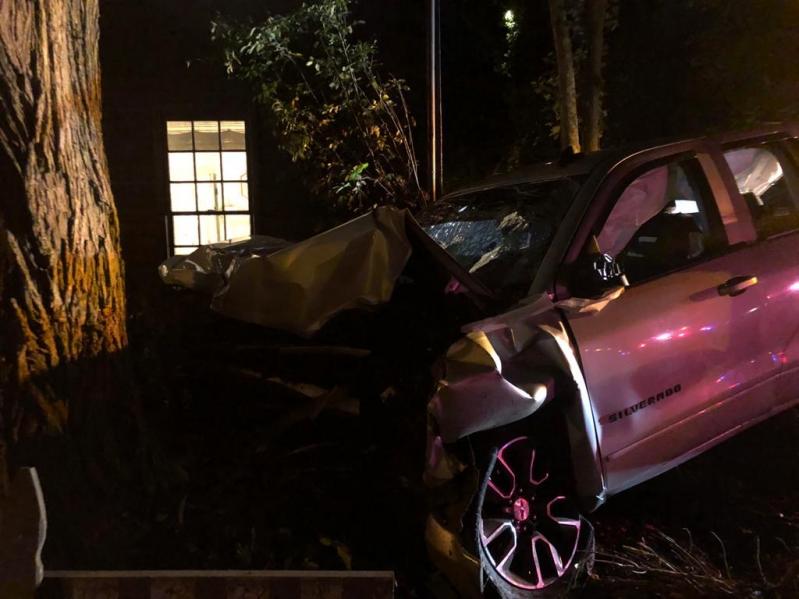 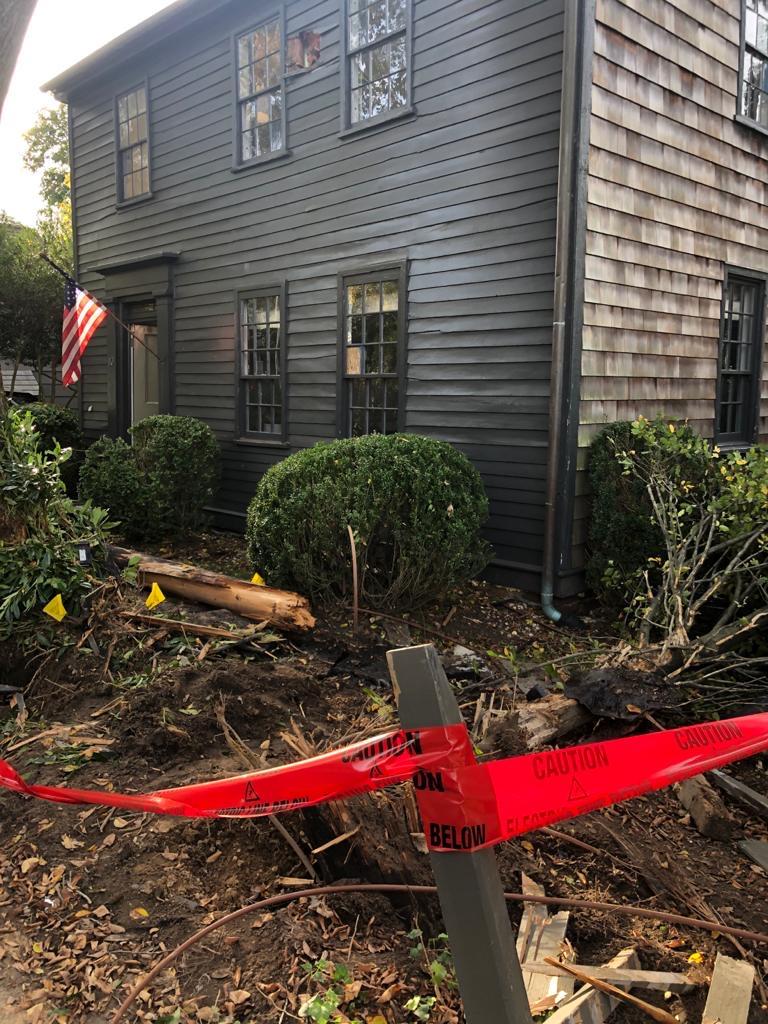