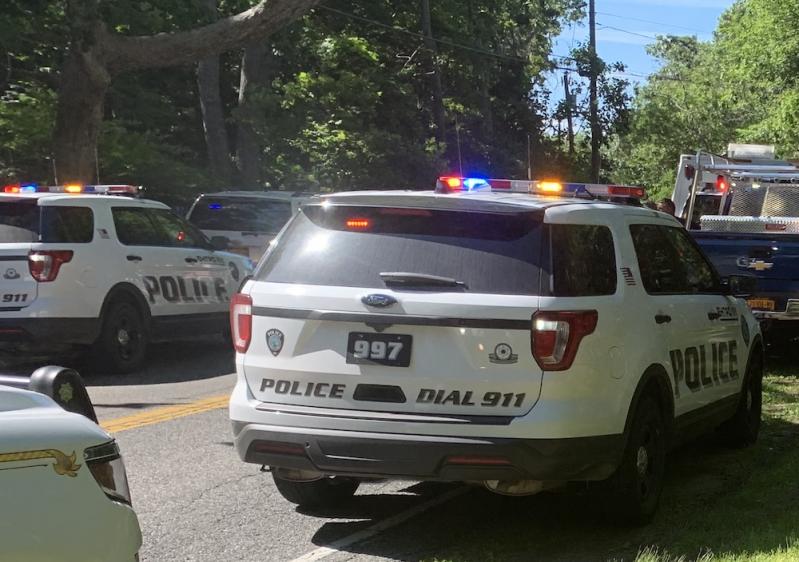 The public has been invited to share comments or opinions on topics such as the Police Department's role and relationship with the community; police policies and practices, and community policing tactics.
Hampton Pix
By Christopher Walsh

A New York State-mandated review and planning process on police reform and reinvention is to begin on Thursday, Oct. 29, in the Town of East Hampton.

Following nationwide protests against police violence, Gov. Andrew M. Cuomo instructed municipalities and law enforcement agencies to engage the public in a collaborative process, a "fact-based and honest dialogue" about community policing and public safety. According to a statement issued from Town Hall on Oct. 19, the exchange of ideas is to address effective and equitable policing and areas of need, and to ensure "mutual trust and respect between police and the communities they serve."

The public has been invited to share comments or opinions on topics such as the Police Department's role and relationship with the community; police policies and practices; community policing tactics, including strategies to reduce racial disparities and build trust; police transparency, oversight, accountability, training, leadership, and any other related topic.

Following the Oct. 29 session, the town board will continue to receive comments at its public meetings, by mail, and by email. The next step will be for municipalities to convene a committee with members representing various constituencies.

That group will review community needs and concerns, develop policy recommendations, and develop a plan for public comment, which could include ideas for new Police Department initiatives or modifications. The draft plan will be released for public review and comment before the town board adopts a final version, which must happen before April 1, 2021.

"While recent events across the country have raised concerns about the actions of individual police officers and the need for equal access to justice for all, we are extremely proud of our East Hampton Town Police Department's community policing efforts and relationship with all sectors of the community, and have great confidence in our officers' fairness and professionalism," said the statement from Town Hall. "However, there is always room for evaluation and improvement, and the East Hampton Town Board, along with East Hampton Police Chief Michael Sarlo and his staff, intends to engage fully in the process of self-assessment and community dialogue."

The state has issued the "New York State Police Reform and Reinvention Collaborative: Resources and Guide for Public Officials and Citizens," which can be seen online at on.ny.gov/2T8ZSjM.

Trees, Wreaths for Sale in Amagansett
Holiday Cheer Is Coming to Sag Harbor
Even More Thanksgiving Options From the Pike and Old Stove
END_OF_DOCUMENT_TOKEN_TO_BE_REPLACED