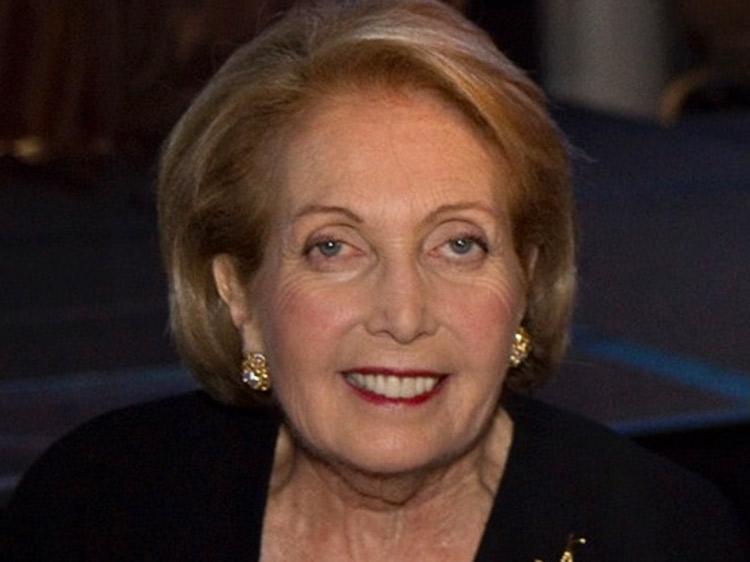 Alice Netter’s strong interest in psychology and family health made her a leading force behind the fund-raising efforts of the Ackerman Institute for the Family, one of the foremost institutions for family therapy and a highly regarded training facility for family therapists in the United States.

A board member of the institute for more than 25 years, Ms. Netter, a Manhattan resident and longtime East Hampton Village homeowner, chaired its theater benefit, co-chaired its Tribute to Families gala, and raised significant funds for its clinic, training scholarships, and general fund.

Also on the board of the Mount Sinai Hospital Health System and a trustee of the Beth Israel Medical Center, she was instrumental in the development of Beth Israel’s Alice and Richard Netter Simulation Training Center, which enables hospital residents and surgeons to sharpen their skills.

In East Hampton, she was a trustee of Guild Hall, and served on its benefits and nominating committees. She died at her home here on July 22 of pancreatic cancer at the age of 87, after a 15-month illness.

“She surrounded herself with beauty, and was an extraordinary collector with a keen and discerning eye,” said her family. Her collections included majolica, antique hat forms, ironstone, antique bird cages, brass shoes, cranberry glass, and modern and contemporary art.

Gardening was another passion. “Her gardens were magnificent,” the family said, “only to be outdone by the floral arrangements she created from them, as centerpieces for her dinner parties.”

“A woman of true elegance, an ultimate hostess, and a true friend to so many,” she was also remembered as an expert bridge player. She was a member of the by-invitation-only Regency Whist Club on the Upper East Side.

Ms. Netter was born in Brooklyn on Dec. 16, 1934, to Harry Keiser and the former Ruth Lefcort. She grew up in Mount Vernon, N.Y., and attended Skidmore College. She and Richard Netter, an attorney, were married on April 5, 1970; they bought their house on Jericho Lane in 1977. Mr. Netter died in 2009.

A memorial service was held on Tuesday at the Frank E. Campbell Funeral Chapel in Manhattan. The family has suggested memorial donations to the Alice Netter Endowed Scholarship Fund, online at giving.mountsinai.org/alicenetter, or by mail to Mount Sinai Office of Development, 1 Gustave L. Levy Place, Box 1049, New York 10029.

Mashashimuet Park's History and Future
A Conference for Young People to Create Solutions
Get Outside, Get Moving
END_OF_DOCUMENT_TOKEN_TO_BE_REPLACED