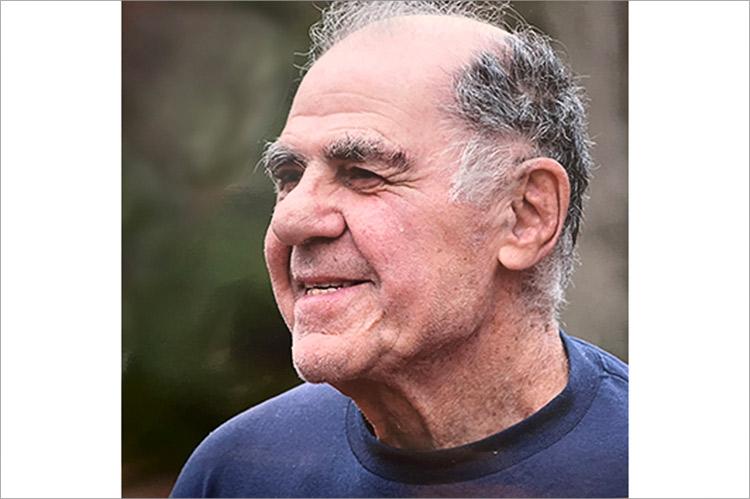 For years, Simon Perchik was a familiar figure who could be seen writing in longhand while taking lunch at Citarella in East Hampton. If you didn’t recognize him, you might not have guessed that he was a prolific and esteemed poet whose work had been published in Partisan Review, Poetry, The Nation, The New Yorker, and North American Review, as well as the author of some 30 volumes.

He was also perhaps one of the few widely published and respected poets who practiced law for 30 years before retiring to put pen to paper full time.

He was born on Dec. 23, 1923, in Paterson, N.J., to Benjamin and Rachel Perchik. His father was a silk weaver who turned to the grocery business after the mills dried up during the Great Depression.

Mr. Perchik lived with his parents and five siblings in quarters behind the stores until World War II. He joined the Army Air Corps, where he reached the rank of first lieutenant and flew 35 missions overseas. After the war, he enrolled in New York University under the G.I. Bill, earning both a bachelor’s degree in English and a law degree.

In an interview with David Baratier in Jacket2, a poetry journal, Mr. Perchik said he “started writing in high school, like everybody else,” but lost interest once in college. While there, however, he became close friends with Paul Blackburn, a poet, and Alfred Chester, a writer, “so I started writing again to keep up with those guys.”

From 1950 to 1975, Mr. Perchik engaged in the practice of private law. An “unrelenting environmentalist,” according to his family, he served from 1975 to 1980 as assistant district attorney for Suffolk County and its first environmental prosecutor.

After the first 10 years, his law practice “started to repeat itself,” he said, and he began to write during the summers. He was unable to mix writing with the law, however, so he retired in 1980 and began to write seven days a week. “I just exploded,” he told Mr. Baratier.

During that interview, he said, “I steal shamelessly from musicians. If you read all my poems you’ll notice that the opening line has been stolen lock, stock, and barrel from Beethoven.” He also cited Mahler as an influence.

His first book, “I Counted Only April,” was published by the Elizabeth Press in 1964. Fifteen collections followed from the same publisher, including, most recently, “The Family of Man Poems,” from 2021. “Hands Collected: The Books of Simon Perchik (Poems 1949-1999)” was published by Pavement Saw Press in 2000 and was nominated for the National Book Award in poetry.He also published “Touching the Headstone” in 2000. Of that volume, the poet Jim Bennett wrote, “They have a hypnotic quality and the lack of titles draws you restlessly as images form and are taken away to be replaced by a juxtaposition or complexity. Perchik uses words to create a world vision uniquely his own.”

Mr. Perchik was “a great man, loving father, grandfather, husband, social activist, a man of principles, and a trailblazer,” his family said.

He married Evelyn Rossetti on Feb. 24, 1950. They were married until her death in 2006. His daughter, Dorian Bergen of New York City, survives, as do her husband, Jeffrey Bergen, four grandchildren, Casey, Vaughn, Marieke, and Katherine, and his daughter-in-law, Ann Perchik. Two sons, Rossetti Perchik and Dean Perchik, died before him.

A memorial service was held at Riverside Memorial Chapel in Manhattan on June 21. The family has suggested memorial contributions to the National Resources Defense Council at nrdc.org.

This article has been modified from its original edition to include the memorial service and suggested contribution information as they appeared in print.