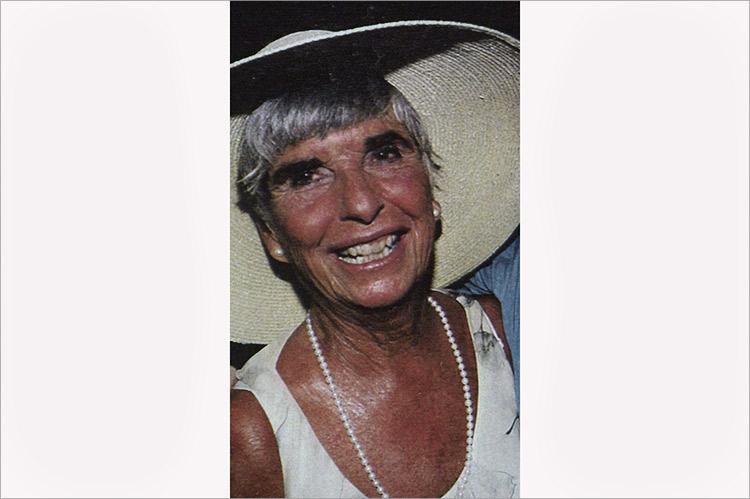 Norma Mae Edwards, a 10th-generation member of the Edwards family in Springs, was described by friends as “a force of nature.”

“A vital, beautiful person,” she “had a strong impact on all,” her family wrote.

Ms. Edwards died on Monday at home in Springs, two houses away from the homestead overlooking the creek on Fireplace Road where she was born. At 98, she had been in relatively good health until about two weeks ago.

Ms. Edwards was born on May 30, 1924, to Irving Edwards and the former Alice Look. She spent her childhood playing with her friends across the street on Fireplace Road, where she learned to ride horses. Her mother was a teacher at the Springs School. Her father, a chicken farmer, stayed home to raise her. “She adored him,” and spent many hours rowing with him in Gardiner’s Bay, even as far as Gardiner’s Island, where his sister was a teacher.

At an early age, she spent her summer days on a fishing boat with her Uncle Merton Edwards and with her Aunt Essie Parsons in the Montauk fishing village that was swept away in the Hurricane of 1938.

She graduated from East Hampton High School and wanted to be a doctor, but there was no money for medical school, her daughter Sue Ellen O’Connor wrote. East Hampton’s community doctor, Dr. David Edwards, a relative, suggested that she study nursing, advising her “that if she wanted the best education as a nurse to go to Bellevue and if she wanted to marry a rich husband to go to Presbyterian,” her daughter wrote. “She later said, ‘He was right. I got the best medical training at Bellevue and I never had any money.’ “

She was a nursing student at Bellevue when she and her high school sweetheart, James Corwin, were married on Sept. 17, 1943. He was a technical sergeant with the Army Air Forces stationed in Idaho. A radio operator and gunner, he died in a B-24 aircraft crash “on an icy runway in England as it took off for the Battle of the Bulge on Dec. 27, 1944,” according to the East Hampton Library’s Andrea Meyer. She was just 20 when she was widowed.

She later married Dr. Philip Marder, with whom she had two daughters, Sue Ellen and Nancy, and a son, Charles. They divorced in 1968.

She worked in the emergency room at Bellevue, and later, when she moved back home, did private duty work and worked the late shift at the East Hampton Medical Center. “She was known for her photographic memory of medical facts and her diagnostic skills,” her family wrote. “Everywhere she worked, she was described as the ‘best nurse ever.’ Many would seek out her advice. She inspired two of her grandchildren to become doctors.”

She left the area to direct a nursing home in Wisconsin for two years and then returned to the South Fork. Until her mid-70s, she was in charge of nursing at two houses on the East End for the intellectually and developmentally disabled that were run by the Catholic Guardian Society.

“She provided a clear image of a strong woman with an unwavering, positive spirit,” a neighbor, Shirley Talmage, wrote.

Ms. Edwards was an expert on early-American antiques and local history and was often consulted for historical facts. She was a member of the Springs Historical Society and the Springs Library. She was also a great cook and seamstress and was “a prodigious reader,” her family wrote.

She maintained a bird sanctuary in her backyard overlooking the creek. Her dedication to preserving the land inspired her son, Charles Marder, in his dedication to organics and reviving indigenous planting. Both her daughters shared her love of horses. Ms. O’Connor was a teacher for many years at Springs School; her other daughter, Nancy Banfield, runs a home for retired horses in Virginia.

“She taught us life lessons every day and prided herself on being a role model,” Ms. Banfield said. Ms. O’Connor recalled writing an article titled “Everything I Needed to Know I Learned From My Mother and Horses” and said “she never let me down, with her good judgement and wisdom.”

Ms. Edwards attributed her good health and vitality to her daily regimen of walking her corgis at Maidstone Park with her friends, and “to spending many hours in the sun every day, no matter the season.” She leaves behind a longtime companion, a parrot named Uncle Dan (after her Uncle Dan Parsons), who had lived with her for 40 years.

Her family has suggested donations to the Springs Library, the Springs Historical Society, or the Springs Community Presbyterian Church.