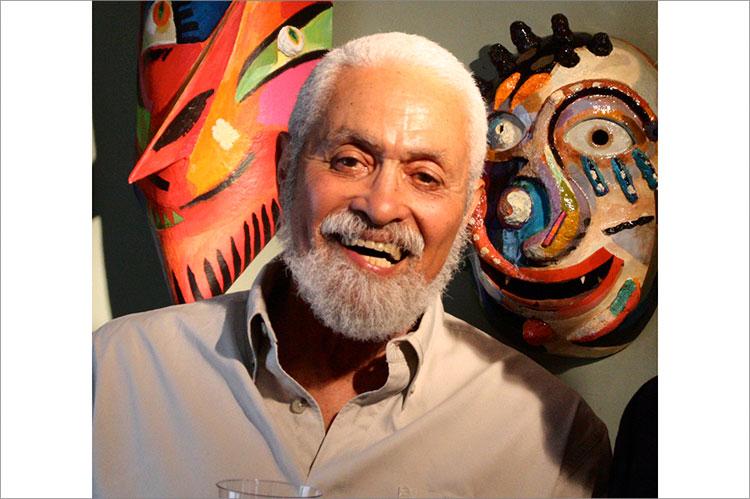 Reynold Ruffins, an acclaimed illustrator and artist, died at home in Sag Harbor on July 11. His family was with him. He was 90.

He attended the High School of Music and Art in New York before enrolling at Cooper Union, where he joined with three other students who, together, would make graphic design and illustration history.

While still in college, Seymour Chwast, Milton Glaser, Edward Sorel, and Mr. Ruffins formed Design Plus. Their partnership evolved after graduation, and in 1954 they founded Push Pin Studios, which had a profound influence on illustration and graphics.

Mr. Ruffins left the firm in 1960 to work as a freelance artist, and three years later co-founded the design studio Ruffins/Taback with Simms Taback. The two shared an office for 28 years.

He co-illustrated his first children's book, "The Amazing Maze," with Mr. Taback in 1969, and went on to illustrate nearly 20 more, the most recent of which, "A Friend for King Amadou," was published in 2006. He won the Coretta Scott King Illustrator Honor Award in 1997 for "Running the Road to ABC."

Mr. Ruffins was the illustrator on "Koi and the Kola Nuts," a highly praised video for children based on an African folktale, with narration by Whoopi Goldberg and music by Herbie Hancock.

Among his other awards are the Augustus Saint-Gaudens Award for outstanding achievement in the arts from Cooper Union, and the Cooper Union Presidential Citation for his work and prominence in his profession.

His illustrations covered many themes, his family said, among them "lively street scenes, fanciful travel locales, heartwarming hearth and home, vivid black-and-white food renderings, and whimsical animals and creatures." His bold use of color, abstract form, and uninhibited composition are distinctive.

Mr. Ruffins took up painting in the late 1990s. His work in that medium is less representational than his illustration and graphic design, often consisting of flat areas of bold color that sometimes hint at still-life arrangements such as flowers in a vase, but at other times hew close to abstraction.

He participated in exhibitions in Milan, Bologna, Tokyo, and at the Louvre in Paris, as well as venues here.

His influence was felt as a teacher as well as an artist. He retired as professor emeritus at Queens College, and taught at the School of Visual Arts, the Parsons School of Design at the New School, and Syracuse University.

Mr. Ruffins, who was born in New York City on Aug. 5, 1930, to John and Juanita Ruffins, is remembered by his family for "his quick wit, appreciation of the play of light, adventurous spirit, and love for the outdoors, especially the sea. His lifelong love, Joan Ruffins," whom he married in 1953, died in 2013.

A memorial will take place at a future date.