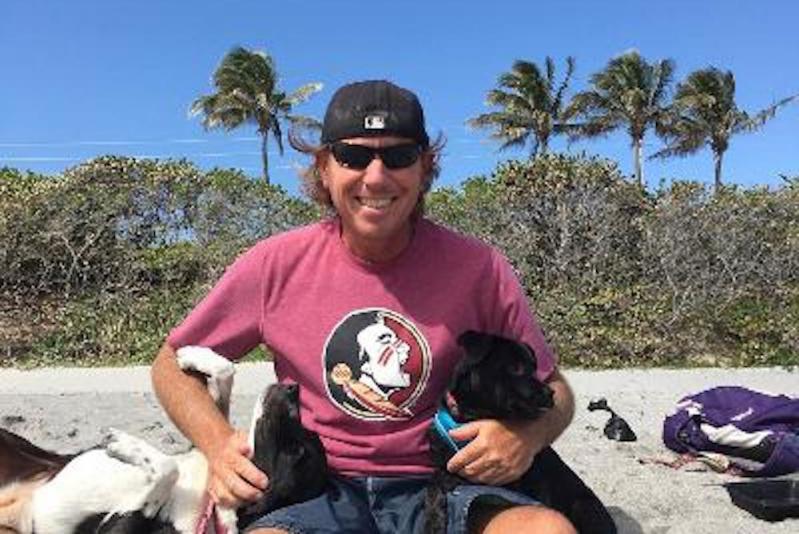 "Everybody loved him," said his sister Diane Passamonte of East Hampton. "He always looked on the bright side of things." Though he had relocated to the West Palm Beach, Fla., area in his 20s, he remained close with friends from his younger years here, she said. "His friendships, especially the ones up here, meant a lot to him. . . . He never forgot that he came from East Hampton."

He moved to Florida not long after graduating in 1989 from East Hampton High School, where he played football, and settled easily into the pace of things there, said his friend Trevor Grunwald of Hampton Bays. "He lived a pretty chill life."

He attended Palm Beach Community College, had his own valet company for a time, and at the time of his death was a project manager at ETC Simplify, a home automation company in Jupiter. But his two children, Tessa Ruth Benzenberg, 19, and Aidan Henry Wallace Benzenberg, 17, were the main focus of his life. He coached their basketball and soccer teams when they were younger, and "was a loving, devoted single dad to them," his family wrote. "He cared a lot about his family," Ms. Passamonte said.

Born on April 16, 1971, at Southampton Hospital to the late Kay Edward Benzenberg and the former Ruth (Bucky) Dugger, he grew up on Cooper Lane in East Hampton. His marriage in 1998 to Tracey E. Wallace ended in divorce.

In addition to his children and his sister Diane, he is survived by his mother and another sister, Nancy D. Benzenberg, both of Jupiter. He was a member of the Jupiter First Church, where a service will be held on June 12 at 11 a.m. Mr. Benzenberg was cremated.

A memorial gathering in Montauk is being planned for the fall. A GoFundMe page set up for his children can be found at GoFundMe.com/f/hanks-kids.