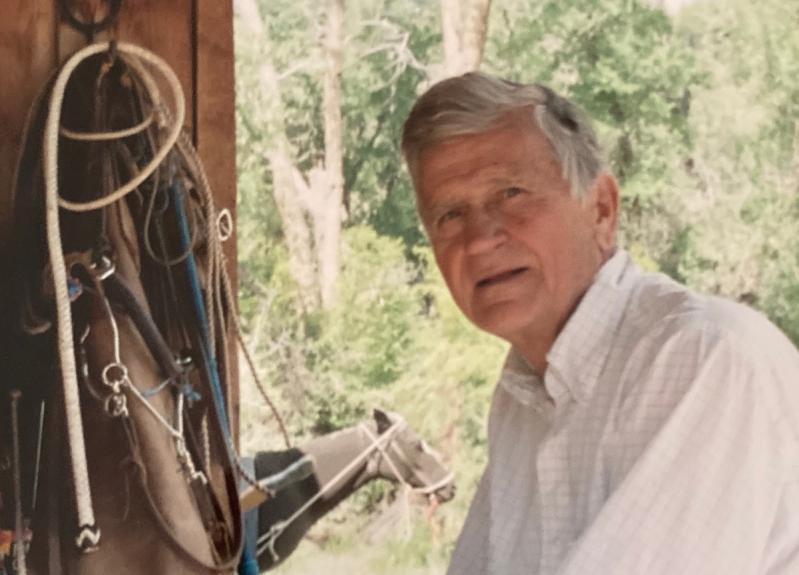 George Washington Gowen, a lawyer and the former chairman of the American Society for the Prevention of Cruelty to Animals, died of heart failure on March 14 at home in New York City. The longtime East Hampton summer resident was 91.

Mr. Gowen first came to East Hampton in 1952, when, as a second lieutenant in the Army, he was stationed at Camp Hero in Montauk. One of his assignments was to visit local bars in the evenings to oversee the conduct of enlisted men.

In 1959, he married the former Marcia Fennelly, who does not survive. The couple lived in the city, but had a house here that he considered "paradise," his family said. He loved ocean swimming, which he continued through his 90th year, and in his youth enjoyed windsurfing on Napeague Bay and taking early morning bike rides to East Hampton Village to pick up a newspaper. A champion of recycling, he even enjoyed making trips to the town dump.

Born on Sept. 14, 1929, in Livorno, Italy, to Franklin C. Gowen and the former May Klein, he grew up in England and Washington, D.C., gradua-ting from Sidwell Friends School in D.C. He graduated from Princeton in 1952, and became a lifelong fan of the University of Virginia's sports teams after graduating from its law school in 1957. For decades, he served as counsel to leading sports organizations, among them the United States Tennis Association and the U.S. Olympic Committee, and was a member of the International Court of Arbitration for Sport. He was able to attend a dozen Olympic Games, the family said. The 1994 winter games in Lillehammer, Norway, was his favorite.

After college, Mr. Gowen worked as a smoke jumper, fighting forest fires for the U.S. Forest Service in Missoula, Mont.

He began practicing law in 1957, and was a partner at Dunnington Bartholow & Miller in New York City until last year, as well as a principal at Fryer, Ross & Gowen for seven years. In 1970, he was appointed as a U.S. delegate to the United Nations Human Rights Council.

In addition to heading up the A.S.P.C.A, he chaired both the National Park Foundation and Scenic Hudson, and was a board member of Christodora, an environmental education foundation that provides access to nature to the city's public school children. He was also a former head of the Voltaire Society of America, and wrote and co-produced "Voltaire & Jefferson: The Sage of Ferney and the Man from Monticello," a documentary that aired on PBS.

As a member of the Explorers Club, Mr. Gowen had the chance in 1994 to traverse Canada's Northwest Passage in the Arctic Ocean on a trip to raise awareness about climate change. His memoir, "Talk of Many Things: Law, Sports, Politics, Nature," was published in 2014.

Mr. Gowan was a member of Most Holy Trinity Catholic Church in East Hampton, and of St. Jean Baptiste Catholic Church on East 76th Street in Manhattan. He is survived by two daughters, Cynthia Crawford of Southport, Conn., and Lee Gowen of Darien, Conn. Four grandchildren, Bea Crawford, George Crawford, Crosbie Marine, and Blair Marine, and a brother, William Gowen of New York, survive as well.

A celebration of his life will be held on a date to be determined. Memorial donations have been suggested to the National Park Foundation, 1500 K Street N.W., Suite 700, Washington, D.C. 20005; or online to aspca.org, easthamptonhistory.org, or christodora.org.