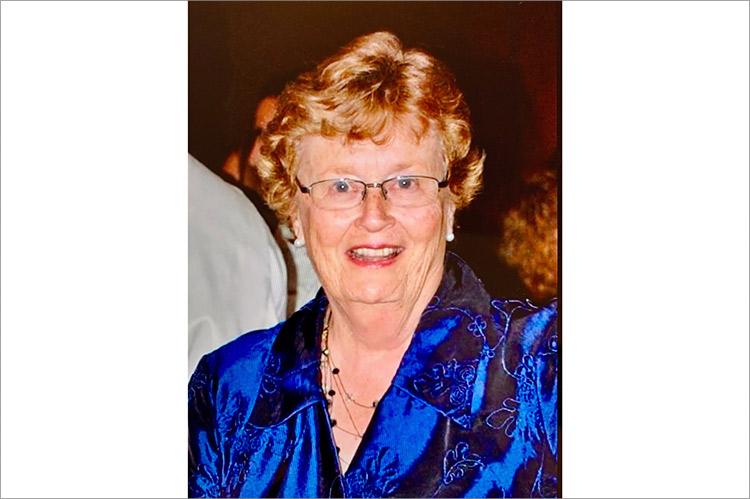 Sheila Mary Collum, a longtime East Hampton resident dubbed Gra by her grandson as a toddler, could not have earned a more fitting nickname, according to her children, who later learned that the word “Gra” means “love” in Gaelic. This is exactly what Mrs. Collum embodied throughout her life to all who knew her, her children said. She died of a stroke at Stony Brook University Hospital on Dec. 15. She was 81.

Mrs. Collum was born in Buffalo on July 4, 1940, to Francis Maroney and the former Agnes Carroll. She grew up there, attending St. Monica’s Baker High School and then D’Youville College for a year before going to work for the Niagara Water Authority and later at the headquarters of the local Republican party in Buffalo.

On April 5, 1961, she was married to the love of her life, Edmond K. Collum, whom she met on a blind date at a St. Bonaventure University basketball game. The two settled in East Hampton, where they raised their four children. Mrs. Collum worked as a teaching assistant in the prekindergarten and kindergarten programs at the Stella Maris and Most Holy Trinity Catholic schools and loved working with young children, but her focus and priority was always her family.

“The front door of the house on Long Lane was always open, the cookie jar was always full, and everyone who entered,” according to her children, “became friends.” Mrs. Collum loved all holidays, hosting an annual St. Patrick’s Day party and weekly Friday night happy hour dinners. She also loved to travel with her husband, especially to Disney World with their grandchildren.

But it was in the quieter moments, too, where Mrs. Collum’s love shone through, her children said. Moments like sitting on her front porch with her husband or sharing a laugh over a comic in the morning paper, taking trips to the library with her grandchildren, gardening with them, offering space in her cozy chair to snuggle up and watch cartoons, do puzzles, or just to have a soft spot to land after a hard day.

In addition to her husband, Mrs. Collum is survived by her children, Ken Collum of East Hampton, Catherine Gibbons of East Hampton and Brooklyn, Molly Standley of Rhode Island, Maureen Cooper of East Hampton, and her grandchildren, Ashley English, Taylor Kronuch, Aiden and Jack Cooper, Grace and Owen Standley, and Dylan Gibbons. She is also survived by a brother, Michael Maroney, and his wife, Adair, of Buffalo and by two sisters, Honor Martin and Mary Wideman, also of Buffalo. She is survived as well by many nieces and nephews. Mrs. Collum’s brother, Lawrence Sams, died before her.

Mrs. Collum was a member of Most Holy Trinity Catholic Church. A funeral Mass was celebrated on Dec. 20 and she was buried that day at Most Holy Trinity Cemetery on Cedar Street in East Hampton, where Father Peter Garry officiated.