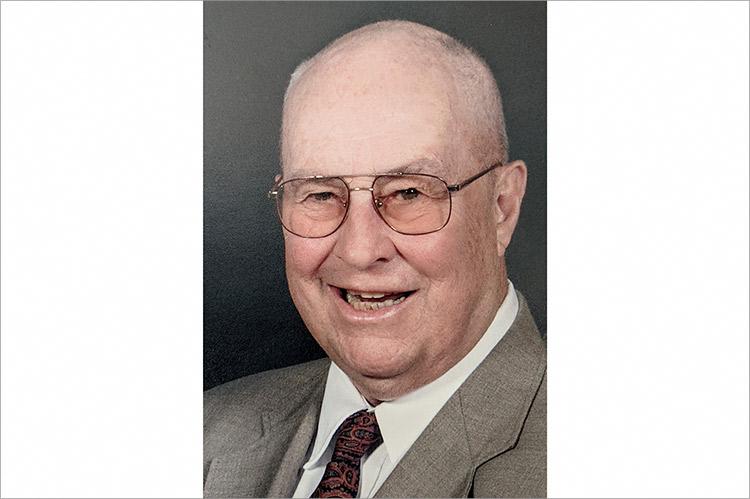 Robert Edwin Schenck was an Army veteran who served in the 82nd Airborne Division during the Korean War, and later went on to a long career in park design, river studies, and facilities management. Mr. Schenck, formerly of East Hampton, died on Oct. 27 at home in Cary, N.C., with his wife and family by his side. He was 90.

Known as Bob, he was born in Southampton on Jan. 2, 1931, to Edwin Schenck and Esther Pettepher Schenck, well-known residents of East Hampton. Bob Schenck grew up here and graduated from East Hampton High School in 1948. Two years later, he finished a degree in forestry from the New York Ranger School before enlisting in the military.

In the Army, he volunteered to go to Korea and was assigned as a surveyor to the combat engineers in 1952. Years later, three of his sons would follow in his footsteps, Christopher Schenck in the 82nd Airborne, Peter Schenck on nuclear submarines, and Drew Schenck as a combat engineer officer. As he grew older, he took pride in wearing his Korean War hat with his “wings” and talking to other veterans about the service.

After the Korean War, Mr. Schenck used G.I. Bill benefits to go back to school, completing a degree in landscape architecture at Syracuse University in 1959.

In 1961, he and Rosanne DuPlessis were married. They “starred” in what their family affectionately called “The Bob and Rosie Show,” which played out in their kitchen, on road trips, and anywhere else they went together. Mr. Schenck was a sailor, and he and his wife spent years cruising the East Coast and Chesapeake Bay in their boat, the Limits Keep. Interspersed with those voyages were camping trips and other travels throughout the U.S. and Canada.

Mr. Schenck enjoyed singing in the choir of St. Francis of Assisi Church in Springfield, Pa., where the family lived for a time. A lover of painting, reading, and woodworking, he was “a true Renaissance man and an inspiration to those who had the pleasure of knowing him. His furniture is in our homes, his paintings are on our walls, and his laughter is in our hearts,” his family said.

Over the course of his career, Mr. Schenck designed parks, trails, and visitor centers, managed federal grants, and restored battlefields. He spent more than 30 years working for the National Park Service, starting in 1976. He was a leader in the federal Wild and Scenic Rivers Studies program in its early days, and his work supervising a report on the New River Gorge National River, now a national park, earned him an award. “He was always proud of the work that he did,” his family said.

In addition to his wife of more than 50 years, Mr. Schenck leaves three sons, a daughter, and their spouses, with whom he was close and shared his many interests. They are Christopher and Susan Schenck of Wake Forest, N.C., Peter and Barbara Schenck of Roanoke, Va., Andrew and Kelli Schenck of Cary, and Mary and Matthew Klemp of Wake Forest. His 14 grandchildren and 16 great-grandchildren also survive. A daughter, Catherine Ann, died in infancy. His eldest son, Charles Schenck, died before him; Charles’s former wife, Resa Schenck Dollar, survives and remains close to the family. Mr. Schenck’s sister, Ila, also died before him.

He was a member of the Saint Michael the Archangel Catholic Church in Cary, where a funeral Mass will be said on Saturday at 11 a.m., followed by entombment in the church’s columbarium and a reception on the parish grounds. His family has suggested memorial donations to a charity that he supported, the United States Veterans Corps, online at myusvc.com.

Celebrate Hanukkah All Across Town and at Home
Stuffed With Turkey? Walk It Off
Blood Drive Tuesday in Bridgehampton
END_OF_DOCUMENT_TOKEN_TO_BE_REPLACED