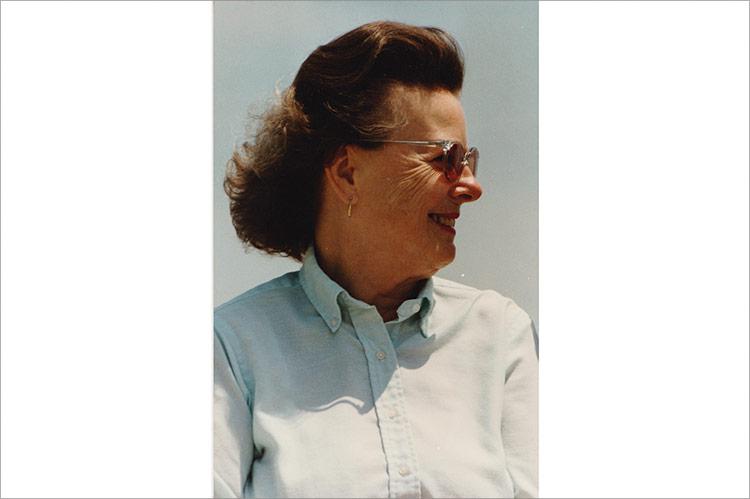 Upon her marriage to Stephen Baldwin Bromley in 1943, Patricia Hamlin Bromley was in Life Magazine as the face of Woodbury Facial Soap, which was said to add to add a glow to her already exquisite complexion.

Mrs. Bromley had been a resident of East Hampton until June, when she moved to the Brookdale Tequesta Memory Care Center in Tequesta, Fla. She died on Jan. 19 at the age of 97. She had dementia for about three years and had been diagnosed with cancer late last year.

She was born Aug. 6, 1922, in Philadelphia to Harris Allen Hamlin and the former Rene Trafford. She also lived in Garden City and Brooklyn as a child. She attended the Woodward School and Shore Road Academy, and pursued her love of art by studying at the Traphagen School of Design in New York City.

After what Life Magazine had described as their “romantic wartime courtship” and “fashionable New York wedding,” the Bromleys moved to Upper Nyack, N.Y. They summered in Wainscott and moved to East Hampton full time when Mr. Bromley took a position as advertising manager for The East Hampton Star in the 1970s. Mrs. Bromley was a dedicated mother, and worked as a teacher’s aide at East Hampton Middle School while two of her children attended the school between 1972 and 1974. She later went to work at the Bank of New York on Shelter Island, where she worked her way up to become head teller.

During World War II, Mrs. Bromley was a provisional member of the Brooklyn Junior League and was a Farm for Freedom volunteer. She loved drawing, dancing, and spending time with her family.

Her ashes will be buried in the family plot at the Wainscott Cemetery.