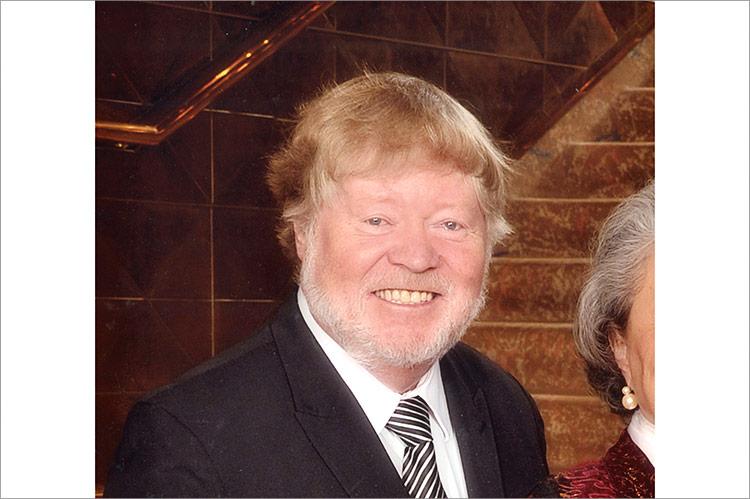 Michael Thomas Hinkemeyer of East Hampton, an author of suspense, mystery, and historical romance novels, died of cardiopulmonary arrest last Thursday at Stony Brook Southampton Hospital. He was 79 and had been in declining health for more than a year.

He was born on Oct. 18, 1940, in St. Cloud, Minn., to Ralph Hinkemeyer and the former Melania Kuhn, and grew up on a 200-acre farm in nearby St. Augusta, where he worked the fields with a team of Belgian draft horses and later a tractor. He attended a one-room schoolhouse with no plumbing, which has since become a museum.

After graduating with a degree in history from Saint John’s University in Minnesota in 1962, Mr. Hinkemeyer served in the Army and was stationed in Germany. Upon discharge, he earned a master’s degree in teaching history, and then a doctorate in education from Northwestern University in Illinois.

He met Arlene Dingilian, the woman who would become his wife of 52 years, while at Northwestern. In 1971, he was hired as an assistant professor at Queens College, and the couple moved to New York City.

Throughout his life, Mr. Hinkemeyer was eager to become a professional novelist. He read the works of classic American writers such as Ernest Hemingway, William Faulkner, and F. Scott Fitzgerald, and was inspired by “Forever Amber,” a historical romance by Kathleen Winsor.

He started writing poetry and short stories, and then graduated to writing novels. In 1974, he sold his first book, “Dark Below,” a suspense novel, to Fawcett Books, without the help of an agent.

Two years later, he left teaching to write full time. He and his wife moved to Manhasset, where they brought up two children.

Mr. Hinkemeyer published 21 novels, including seven historical romances written under the pen name Vanessa Royall. Two of his favorite novels were “The Fields of Eden” and “A Time to Reap,” murder mysteries featuring a small-town Minnesota sheriff named Emil Whippletree.

His novels have been translated into nine languages, and in 2014 Diversion Books republished his historical romances as e-books. There is a library of his manuscripts and papers at St. Cloud State University in Minnesota.

Mr. Hinkemeyer, who lived year round in East Hampton since 1996, was a docent at the Pollock-Krasner House and Study Center in Springs for more than 10 years. He was widely read in history, followed national politics closely, and had a prodigious memory.

The family will receive visitors on Dec. 15 from 11 a.m. to 1 p.m. at the Yardley and Pino Funeral Home in East Hampton.

Memorial donations have been suggested to a charity of one’s choice or to the Pollock-Krasner House and Study Center in care of the Stony Brook Foundation, 230 Administration Building, Stony Brook 11790.