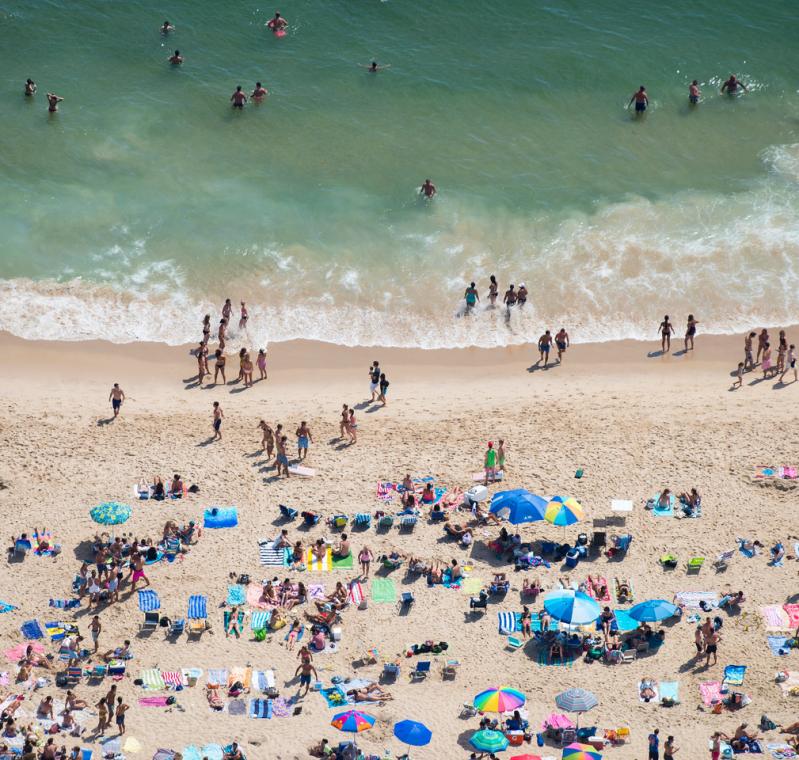 It’s tough to break this to you, Guild Hall lovers, fans of the Parrish Art Museum, connoisseurs of the fine restaurants and architecture, historical sites, and world-class beaches that stretch from one end of the South Fork to the other, but not a single East End town made the top 100 in Niche.com’s 2019 list of Best Places to Live in America — or even the top 350 Best Places to Live in New York State. Which raises the questions: What are we doing wrong? Or: Are they out of their minds?“We wanted to live in paradise,” Steven Ringel, executive director of the East Hampton Chamber of Commerce, said when he and his family moved here in 2016. Three years later, Mr. Ringel’s opinion hasn’t changed. “Those results are very surprising,” he said this week. “Wow. Very surprising.”According to Niche.com, the Bluemont neighborhood in Arlington, Va., is the best place to live in America. Runner-up Carmel, Ind., trounced us too. In third place is Overlake, a community in suburban Seattle. Rounding out the top 5 is a neighborhood in Palo Alto, Calif., and Davis Islands, off Tampa, Fla. But at least Tampa also has white sand beaches and — all right, all right — year-round warm weather. But the rest of them? To quote the one-time Southampton resident John McEnroe, “You cannot be serious.”Then again, McEnroe sold his house here a couple of years ago.But look: The mewling Real Housewives of the Hamptons are still here. Gwyneth Paltrow, Aerin Lauder, Donna Karan, and Alec Baldwin are, too — and nobody made them stay. If it’s spas and boutiques, float tanks and cryogenic body sculpting, film festivals and commuter helicopter service you want, we have it. And we have the Hampton Jitney (not bus, jitney!) as well.Can Carmel, Ind., say the same?“There’s different levels of suffering. I don’t think it has to do with how much money you have, if you were raised in the ghetto or the Hamptons,” songwriter Lucinda Williams has said. “For me, it’s more about perception — self-perception, and how you perceive the world.”Exactly. And around here, we generally like ourselves. As another local, the lifestyle guru Martha Stewart, likes to say, that’s a good thing.Think about it: Would Ina Garten be the Barefoot Contessa had she stayed in D.C.? Or would she be wearing sensible Stuart Weitzman flats like every other woman her age inside the Beltway?“I worked for the Office of Management and Budget in the White House on nuclear energy policy, but I decided it would be much more fun to have a specialty food store, so I left Washington, D.C., and moved to the Hamptons,” Ina has said. “And how glad I am that I did!”So there. But it’s not all glitz around here. You can still get a $5 bacon-and-egg sandwich at Cove Deli, $1 oysters at Fresno, molasses cookies at Mary’s Marvelous baked the same morning. Any day now there will be a support group for locals who claim to buy their 750 thread-count sheets at Hildreth’s when they really go to HomeGoods. We do not judge.“I think there’s an illusion of who lives here,” Mr. Ringel said, warming to his subject. “I think we have every economic level represented in the Hamptons, from billionaires to broke. Everyone’s here. There’s very few places I can imagine in the United States where everyone can coexist on different economic levels, educational levels, ethnic backgrounds, in such harmony like we do here. It’s so rare. What were they looking at?”Niche.com’s website devotes a few pages to explaining just that.“We rigorously analyze dozens of public data sets and over 100 million reviews and survey responses to help you understand what a place is really like. . . . Our Data Team uses advance algorithms and statistical techniques to compare, normalize, and connect millions of data points to thoroughly analyze U.S. schools and neighborhoods. . . . We use the most up-to-date data available from dozens of public data sources including the Department of Education, U.S. Census, and F.B.I.”What drags down East Hampton, like other East End towns, is the high cost of living and cost of homes here. (Oh. That.)But look at the everyday life you get. The Hamptons boasts fine schools and beautiful open spaces. You can see dolphins and whales from your beach blanket and then shake off the sand and go to Guild Hall to see a live performance. This sandy stretch of loamy land has been historically peopled by a compelling stew of baymen and celebrities, surfer dudes and business titans, potato farmers and art and literary giants. And yet, even in the rankings of Best Places to Live in New York, which stops at No. 600, East Hampton doesn’t crack the list. Sag Harbor leads the way among East End towns at No. 376, followed by Westhampton (385), Water Mill (459), Noyac (462), and North Sea (482). Red-hot Montauk? It straggled in at No. 485, even with this glowing review from one resident: “For three months, enjoy quiet seaside solitude and uncanny beauty. For three months, enjoy the diversity of thousands of tourists from the world over.”The winner of Most Livable Place in New York was Cayuga Heights, near Ithaca, followed by Jericho, in Nassau County.In the blurb about East Hampton, there is no mention either of Ina or the world-class music at Stephen Talkhouse. Not a word about the Hamptons International Film Festival or Mr. Baldwin’s spot-on Trump impersonation, the houses dating back to the 17th century, or the gazpacho at Round Swamp Farm. But you know what Gore Vidal — who wrote at length about Jackie Bouvier Kennedy’s time in the Hamptons — liked to say, don’t you?“At any given moment, public opinion is a chaos of superstition, misinformation, and prejudice.” So, Cayuga Heights? Take that.