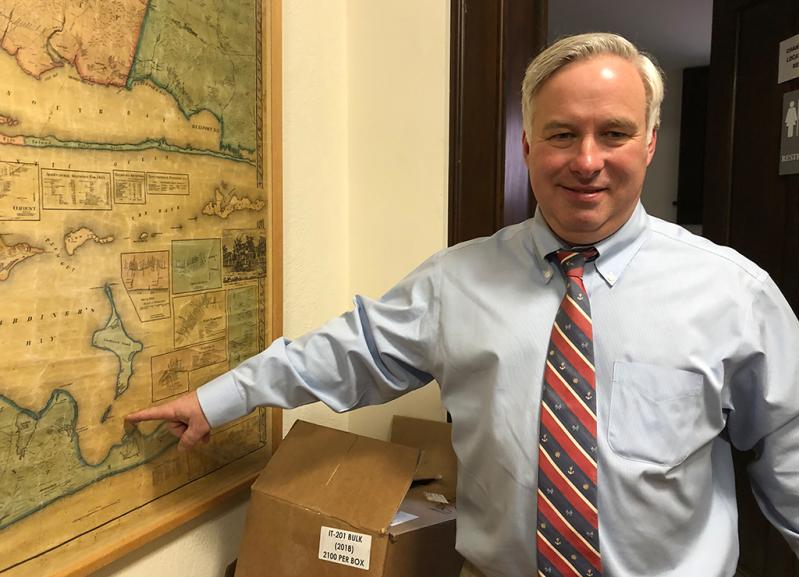 Steve Russell Boerner, an archivist at the East Hampton Library, pressed federal authorities for nearly a decade to correctly mark the easternmost boundary of Gardiner’s Bay.
By Isabel Carmichael