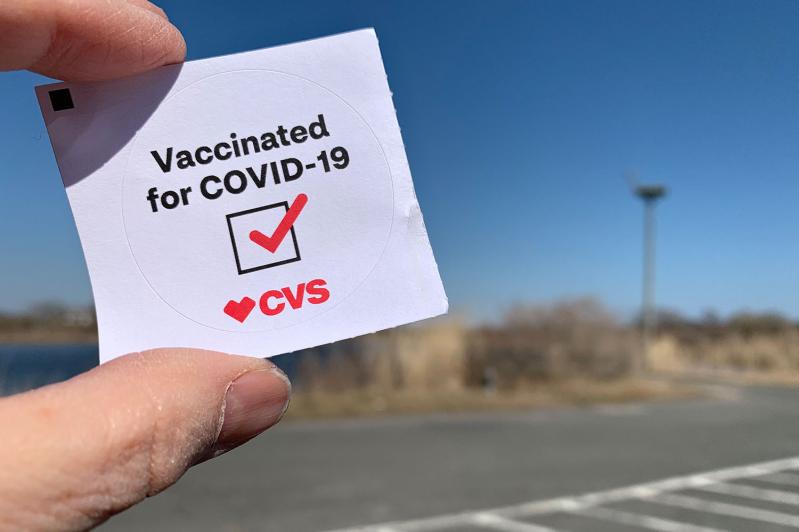 The question of which Covid-19 vaccine people should choose may simply come down to availability.
Durell Godfrey
By Joshua Potter, D.O.

Last week, news broke that the Food and Drug Administration had approved the use of the single-dose vaccine against Covid-19 developed by the Johnson & Johnson company. This has been met with a great deal of fanfare for several reasons, including the fact that this is the first single-dose vaccine available in the United States and that Johnson & Johnson announced it would be able to immediately begin shipment of the vaccine across the country and expected significant ramp up of production. The thought of increased product and therefore hopefully availability has been welcome news as access to vaccines has been variable across the country.

So what do we know about the Johnson & Johnson vaccine to begin with? One key difference beyond the number of doses required is the fact that the Johnson & Johnson vaccine is not a messenger RNA vaccine like the ones made by Moderna and Pfizer. It uses an adenovirus, or a modified version of a common virus that causes the cold, as the delivery system, since adenoviruses are very good at getting inside our cells. The adenovirus has, however, been modified so that the virus itself is harmless. Once inside the cell, the vaccine uses the cell to produce a protein, namely the spike protein that is unique to the SARS-CoV-2 coronavirus that causes Covid-19.

And then, just like with the Moderna and Pfizer vaccines, the presence of the spike protein triggers an immune response in the vaccinated individual's body, which leads to immunity.

As described by the Centers for Disease Control and the Infectious Disease Society of America, in the phase 3, randomized, double-blind, placebo-controlled study (the "gold standard" of research studies) that looked at the safety and efficacy of the Johnson & Johnson vaccine, over 22,000 participants across eight countries in the western hemisphere, including the United States, received the vaccine and were monitored closely. Vaccine efficacy, defined in this study as preventing moderate to severe or critical Covid-19 infection, was about 74.4 percent in the United States.Ê

While this number is lower than the published data from the Moderna and Pfizer studies, both of which were around 94 to 95 percent effective, there are several key pieces of information to keep in mind. First, the studies evaluating the efficacy of the different vaccines took places at different points in the pandemic; the Johnson & Johnson vaccine was examined during a time period in which more and more variants of the novel coronavirus were present in the regions where the study was conducted, and this certainly may have led to a comparatively lower efficacy rate.

Some patients feel that the reports of significant side effects with the Moderna and Pfizer vaccines are enough to make them hope there will be less of the same with the Johnson & Johnson vaccine. In the published data from the Johnson & Johnson trial, 48.6 percent of participants had injection-site pain, 38.9 percent had headache, 38.2 percent had fatigue, 33.2 percent had muscle pain, 14.2 percent reported nausea, and 9 percent said they experienced fever. These were more common in people under 60, and there were no reported anaphylactic reactions. Overall, about 50 percent of vaccinated individuals experienced a local adverse reaction, and this occurred on average about two days after the vaccine, with most of these reactions lasting two to three days. Comparing this to the Moderna data, for example, may show that systemic reactions like fever or chills are probably more common with the Moderna vaccine. About 17.4 percent of recipients experienced fever after the second Moderna dose.

It is very important, however, to remember that these side effects aren't harmful effects; in fact, they represent the extraordinary ability of the human body to mount an immune response that leads to antibody development and subsequent immunity. While uncomfortable, a day or two of side effects, even significant ones, seems almost certainly preferable to contracting a severe and possibly life-threatening illness.

So, which vaccine should patients choose? For many it may simply come down to availability. Since all three effectively prevent death from the virus, as far as we know, I believe wholeheartedly that one should take whichever is available. This is doubly true in light of the fact that availability has been so variable across the country. The single-dose aspect of the Johnson & Johnson vaccine will certainly make the goal of creating immunity in as many people as possible more achievable in a faster timeframe, which is a good thing, but in the end, the only goal that matters is keeping people safe.
—
Joshua Potter, D.O., a physician with Stony Brook Southampton Hospital's Meeting House Lane Medical Practice, oversees the practice's Shelter Island office. He specializes in family and neuromusculoskeletal medicine. Opinions expressed in this column are his personal and professional views and not necessarily those of his employer.