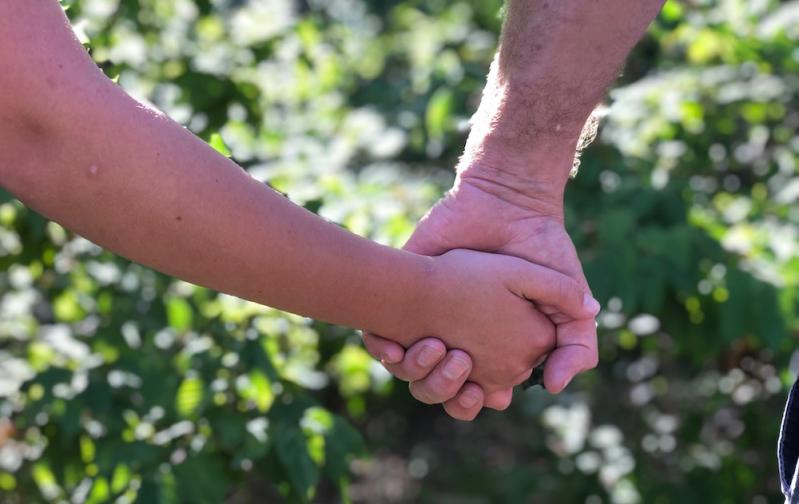 Children know something big is going on, and talking with them honestly about the situation may be the best course of action.
Carissa Katz
By Joshua Potter, D.O.

If by some chance you haven't already spent a lot of time talking to your child about Covid-19, I think you should.

As parents or caregivers, it can be easy to feel like we're protecting our children somehow by being vague or even avoiding world events, but that negates the simple truth that children, while being inexperienced, are generally not dumb. They have eyes to see and ears to hear, and if your kids are like mine, they know something big is going on.

And that it's not going to magically disappear any time soon.

Very likely, if you're like my wife and me, you've spent more time than you care to recall explaining why everybody is wearing masks, how to wash your hands properly, and why it is that your exuberant 4-year-old can't hug her friends anymore.

These conversations are exhausting, and not just because the attention spans of children often leave something to be desired.

One of the most exhausting efforts for me is simply trying to provide understandable explanations to my kids while dealing with what is often a vacuum of information. Early in the pandemic, public health officials felt fairly confident based on preliminary data out of the first epicenters of the pandemic like China that children were likely at significantly low risk of serious infection, which of course was enormously reassuring.

While this still seems to be true based on the data we have available now, saying that with certainty is a little difficult as we don't have widespread testing of children in the United States, which limits our knowledge somewhat. However, we do have data on rates of hospitalization and know that, according to one analysis posted on the Centers for Disease Control's website, rates of hospitalization among children remain very low compared to adults (approximately 8 per 100,000 vs. 164.5 per 100,000). That suggests that significant enough illness requiring hospitalization among children is relatively rare, as we first suspected.

Numbers cited in Pediatrics, the journal of the American Academy of Pediatrics, in August appear to support these reassuring numbers by highlighting several studies exploring early numbers of infections in children from Switzerland, China, Germany, and Australia, showing that transmission of primarily infected children in schools and communities seems to drive local infection rates far less than infections in adults do.

But we also now know (thanks to data reported in the British Journal of Anesthesia and Clinical Infectious Diseases, as published on the C.D.C.'s Information for Pediatric Healthcare Providers web page) that the number of infected children appears to be rising over the past few months here in the U.S., that anywhere from 16 percent to 45 percent of children infected with Covid-19 may be asymptomatic, and that in some rare cases, infected children can develop a multi-system inflammatory syndrome that can be very serious indeed.

So how do you explain this to your kids?

I recommend telling them the truth. That when they go into the communities, either because you're sending them back into school systems scrambling to prepare or just going into grocery stores, they likely are at low risk of getting seriously ill or getting their friends sick, but that it's possible.

And that possibility is why wearing a mask whenever they are in public (yes, even birthday parties), practicing good hand-washing practices by using soap and warm water and scrub, scrub, scrubbing away at those grubby little paws for at least 20 seconds, and continuing to refrain from hugging their dance teachers or favorite librarians are a few things they can do to keep themselves safe.

Moreover, children are often, by and large, more willing to do things to keep their friends and teachers safe than adults can sometimes be. I think framing these inconvenient actions as ways to do their part to keep the ones they love safe may work out better than you might suspect. I may be biased, but I am the child of parents who impressed upon me the importance of community service, of doing my part to help others whenever I could, and I am still constantly surprised at how much the same approach will motivate my kids.

Letting your children know that doing these things will contribute to the enormous efforts on the parts of communities everywhere may just be the dramatic spark your kids need to keep on keeping on and not let boredom lead to bad habits, and it doesn't hurt that maybe the enthusiasm you inspire in them will help you do the same.
--
Joshua Potter, D.O., is a physician with Stony Brook Southampton Hospital's Meeting House Lane Medical Practice who specializes in family and neuromusculoskeletal medicine. He oversees the practice's Shelter Island office. Opinions expressed in this column are his personal and professional views and not necessarily those of his employer.