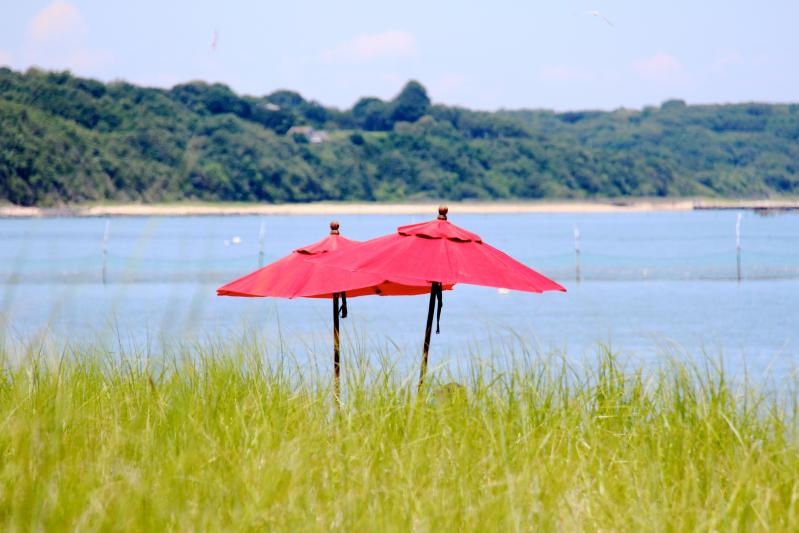 At the onset of the pandemic in early spring, a mad dash of New York City residents seeking an East End refuge led to a surge in rentals.
Durell Godfrey
By Jamie Bufalino

In spite of the pandemic, the economic lockdown, and a temporary ban on open houses, East End real estate sales are booming, according to industry professionals.

"It's been nonstop; I'm absolutely delirious," said Adam Miller, the founder of a Bridgehampton real estate law firm. Since the pandemic began, he said, he has finalized nearly $300 million worth of transactions ranging from a $750,000 residence to a $45 million oceanfront compound. The latter, a 6.7-acre property on a private road off Further Lane in East Hampton, sold in April.

At the onset of the pandemic in early spring, a mad dash of New York City residents seeking an East End refuge led to a surge in rentals. "Having a second home isn't a luxury anymore, all of a sudden it's become a need," said Sarah Minardi of Saunders and Associates, at the time.

The influx "progressively depleted the inventory, and the only good rentals became very expensive," said Enzo Morabito of the Douglas Elliman agency. That was the point at which it began to make more sense to buy a house. Given the amount of rent homeowners were asking per month, people began to think, "For that money I could carry this house for a year," he said. "When we hit that tipping point, the flood gates opened."

Given the amount of rent homeowners were asking per month, people began to think, "For that money I could carry this house for a year."

The combination of low mortgage rates, and concerns about whether a second wave of the pandemic will emerge in the city this fall — bringing with it more business and school closings — are also driving the increase in sales, said Mr. Morabito. "People are worried about the safety of their families, and they don't want to be in that position of having to compete for rentals again."

"We're seeing a shift in this community, I'm really feeling it," said Mr. Miller, who was part of the migration of New Yorkers who moved to the East End shortly after 9/11. "I'm seeing another phase of that, but even more," he said.

An exodus from cities, a phenomenon he dubbed the "ruralization of America," is likely to continue, he said. "At first, people were forced into this, so there was apprehension," he said, referring to the early stages of New Yorkers quarantining on the East End. But, after getting a feel for life here, he said, "now they're feeling a sense of relief."

"If push comes to shove they're not going to leave here," said Mr. Morabito.

The rush to find a home to buy continued even in the midst of the state's ban on open houses, he said. Because agents were prohibited from showing a prospective buyer around a house, the homeowners themselves would often do the honors. Mr. Morabito and his team would also take videos of entire properties. They would be shot in one to one-and-a-half- minute increments so they could be easily emailed to interested parties. He even sold a $4 million Bridgehampton house to a client who had only seen it virtually.

Both Mr. Miller and Mr. Morabito said that bidding wars have been breaking out over coveted properties, and the sale prices have been justified. "It's not speculative," Mr. Morabito said, noting that the pandemic has proven that it's fairly easy to rent a house for $90,000 per month.

When the pandemic struck, many brokers feared that real estate sales would nosedive, said Mr. Morabito, but "my firm is having a very good year," he said. "I'm running out of inventory."

He has been sidetracked by one element of the crisis, however. "I've gotten very used to working out of my house," he said. "I don't know if I can go back to an office."