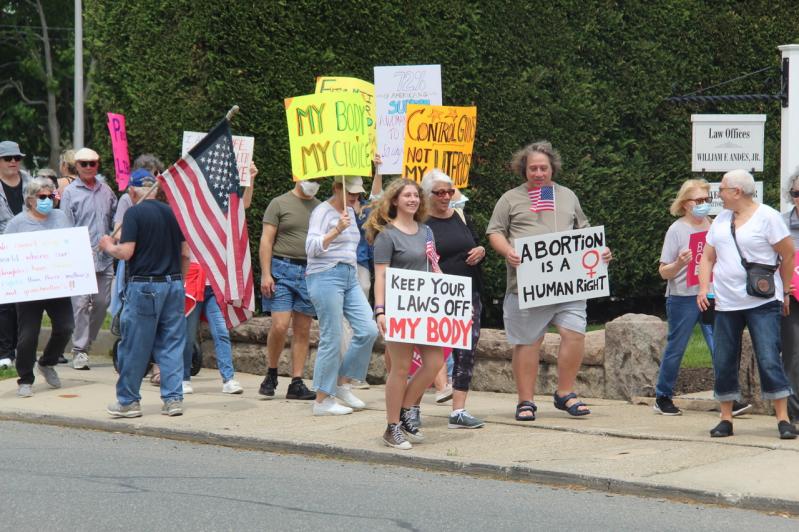 Supporters of Roe v. Wade will once again rally on the steps of the Riverhead courthouse, just as they did in May.
Durell Godfrey
By Christine Sampson

Shock waves were felt across the East End on Friday when the Supreme Court overturned Roe v. Wade, the landmark 1973 decision that protected abortion rights for nearly 50 years. With the court's decision, abortion rights will be left for individual states to legislate.

In response, at least seven nonprofit groups and political committees are coming together for a rally on the steps of the Suffolk County Supreme Court in Riverhead on Wednesday at 5:30 p.m. The rally was announced by the East Hampton Democratic Committee in an email that said "the fight starts now."

Speakers will include several local Democratic officials from the five East End towns and Suffolk County Legislator Bridget Fleming, who is running for her party's nomination for a seat in Congress.

This story has been updated to reflect the postponement of this event.