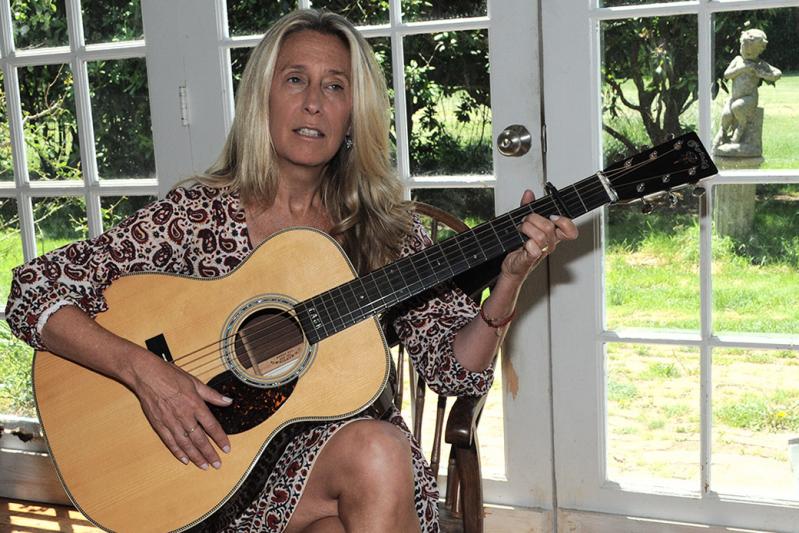 Taylor Barton's new book "I Pitched a Tent in Hell," is a musical memoir about her struggles and joys of being a singer-songwriter.
Morgan McGivern
By Michael Cameron

Taylor Barton, a singer-songwriter who lives in Amagansett, is coming to the East Hampton Library to perform and talk about her new autobiography, "I Pitched a Tent in Hell," on Friday, Aug. 13, from 6 to 8 p.m.

She will perform with her husband, G.E. Smith, under a tent on the library lawn. Ms. Barton grew up in Baltimore. She has performed and produced many events, including the Summerstage Gala in Central Park and four seasons of "Portraits" shows at Guild Hall hosted by Mr. Smith, at which musicians come together to perform and talk about their lives.

"I Pitched a Tent in Hell" is a musical memoir about her life and experiences as a songwriter. It describes the struggles she had as a child when she ran away from home at age 13, and the joys and frustrations of being a singer-songwriter. It is a nine-part audiobook, and a paperback copy is available as an adjunct.

Mr. Smith is a guitarist who has played with the likes of Bob Dylan and Roger Waters. He led the Saturday Night Live Band from 1985 to 1995, and he has hosted many radio and television shows. He met Ms. Barton on the "S.N.L." set during the late 1980s.

Ms. Barton and Mr. Smith's Aug. 13 performance and discussion are free to attend, and registration is not required.