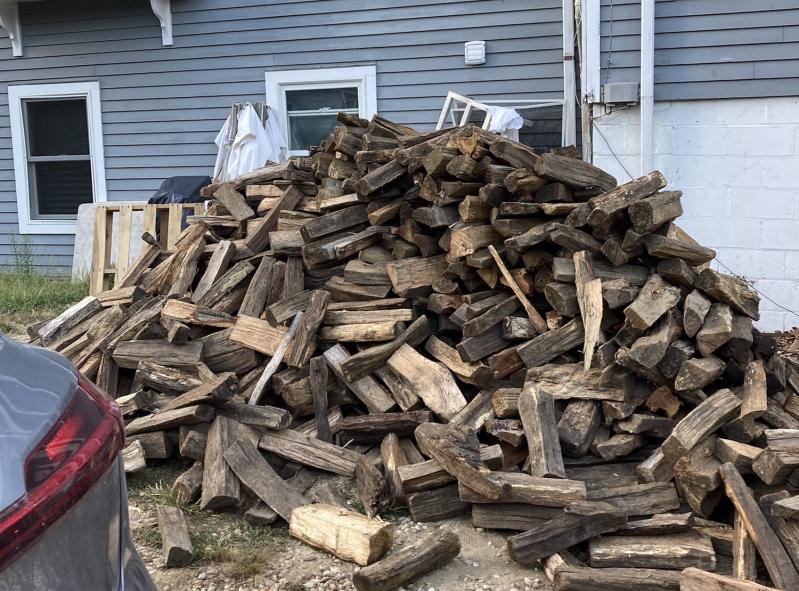 “Storing a big thing of logs on a property for outside use, it’s not intended for that," said Roy Dalene, the chairman of the East Hampton Town Zoning Board of Appeals.
Town of East Hampton
By Christopher Gangemi

Representatives of Rita Cantina, a popular but controversial Mexican restaurant in Springs, came before the East Hampton Town Zoning Board of Appeals Tuesday night to contest a March 28 decision by Ann Glennon, the town’s principal building inspector. Ms. Glennon had determined that two catering businesses being run out of the restaurant, Food & Co. and Hampton’s Clambake, represent additional uses on the site.

The restaurant operates from a .15-acre, constrained parcel just east of Maidstone Park in an otherwise residential area. Since it opened in May 2020, neighbors have noted a number of changes. For years, restaurants have operated at the location in apparent harmony with their surroundings. Rita Cantina has been different. Ms. Glennon and nearby residents say its use of the property has risen to unacceptable levels.

On July 1, Jonnathan Chapa-Arias was charged with driving while intoxicated after he plowed into three cars parked at 26 Maidstone Park Road, next to Rita Cantina. No one was seriously injured, but the accident highlighted the congestion on the roads surrounding the restaurant, which has no on-site parking.

On Tuesday, Denise Savarese, a zoning board member, showed a series of photographs from a site inspection. Her displeasure was apparent. Apart from the road congestion, Ms. Savarese showed piles of debris on the property, “being used for beach parties, presumably” and garbage. “You can go there any time of day and it’s just garbage,” she said.

James Vlahadamis, a lawyer, spoke for the owners of Rita Cantina. He focused on dissecting the town code and on semantics. “There is no clearly defined definition of catering in the East Hampton code,” he said, telling the board that Eric and Adam Miller, the brothers who own Rita Cantina, understood catering to be an accessory use to a restaurant when they took over.

“In their assumption, did they go to the Town Planning Department to verify if those uses were allowed uses, or did they just begin those uses in assumption?

We do have a very tight code,” said Roy Dalene, board chairman.

“I would say no,” said Mr. Vlahadamis.

“The responsibility of the property owner is to know what’s allowable,” said Mr. Dalene.

“There is a certificate of occupancy for this property that includes the use of a restaurant and a residence. That’s on the C.O.”, said Mr. Vlahadamis.

“You are absolutely correct, the two legal uses on this property are a restaurant and a residence,” said Ms. Savarese. “But Rita Cantina is clearly catering for off-site restaurants and businesses, which would represent additional uses, no? Cut to the chase and just tell me why this property is justified for four uses versus two, which is what the code dictates.”

“Our position is that this is what everybody’s doing,” said Mr. Vlahadamis. “This is what Uber Eats does.”

“The catering that’s going on is permitted, as catering is an accessory use to a restaurant,” Mr. Vlahadamis argued. Catering, he said, isn’t adding to the usage at the site. The parking problems, he added, come solely from the restaurant’s popularity.

“You can’t say that catering doesn’t have an extra impact on intensity,” said Mr. Dalene.

“The question is, does the catering my client is doing exceed the scope of accessory catering? There is no definition in the code that provides us with what ‘accessory catering’ is,” said Mr. Vlahadamis.

They circled for a time around definitions, semantics, and the confusion over the multiple limited liability companies operated by the Miller brothers.

“You can’t say we don’t have a definition — we do,” said Mr. Dalene. “Storing a big thing of logs on a property for outside use, it’s not intended for that. We have a restaurant there for over 50 years, operating in a certain way, where it was co-existent in a residential neighborhood, and now we have a clear increase in use.”

Eric Schantz, the town’s assistant planning director, told the board that “every commercial property is permitted two principal uses as a matter of right. In this case, legally pre-existing was a restaurant and a single-family residence.” Rita Cantina could apply to the planning board for more uses, he said, but there is a lot-area requirement per use in the code. In the neighborhood business district, each new use would require an additional 10,000 feet of lot area. Rita Cantina’s lot is less than 7,000 square feet, “less than what would be required for one use,” said Mr. Schantz.

“To us, the reality —  it’s not even open to interpretation, it was submitted into the record — is that there are two L.L.C.s and three businesses, along with the single-family residence,” he said. “Once you have more than one business operating out of one location, you’ve added a principal use.”

He knows of no other business in the town where multiple catering businesses are operating out of a single restaurant, Mr. Schantz told the board.

“The restaurant is not pre-existing, nonconforming. I’ve never been confused about that,” said Ms. Glennon, defending her determination. “The building is pre-existing nonconforming. I knew there was a residence and a restaurant — I felt any use over that would need to go to the planning board to get additional uses.”

Ms. Glennon said she has worked in the Building Department for 30 years and that the interpretation of an accessory use to a restaurant has not changed in that time.

“I’ve lived full time in Maidstone Park for 56 years,” said Steven Walsh during the public comment period. “I was there when it was the general store. They had a couple of tables and a soda fountain. Your mail was delivered there. I’ve dealt with the restaurants there up until now and never had a problem. This space here is being used by three outfits.” He described catering trucks with dirty dishes and piles of garbage. “It’s absolutely atrocious. Have the town buy it and get them out of here,” he said.

The Z.B.A. did not vote on the appeal. The record will be kept open until Tuesday, to allow the public to submit photos and so that a clerical error can be fixed.

The board has 62 days to render a decision. In the meantime, Mr. Vlahadamis indicated Rita Cantina will soon submit a septic system plan to the planning board in hopes that the site plan application will be deemed complete. A public hearing would follow.