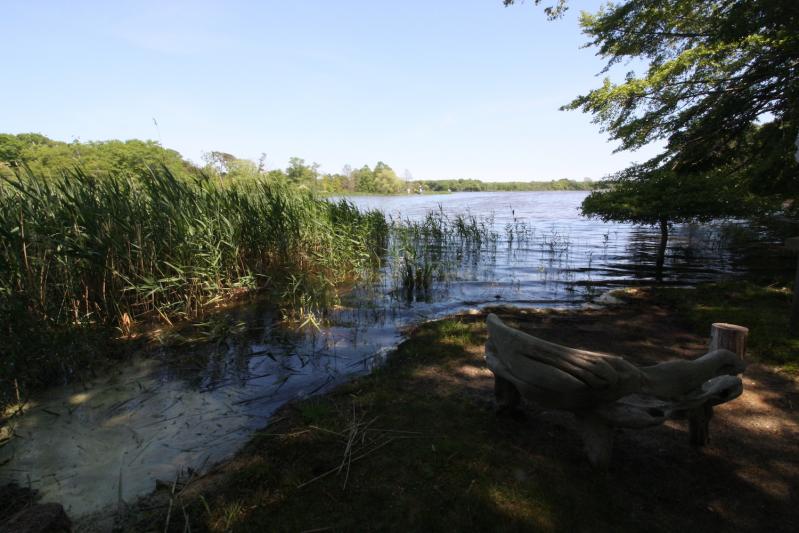 While use of an aquatic weed harvester in Georgica Pond of the harvester is understood to have improved conditions, “there continues to be serious water quality impairment” in the pond, the East Hampton Town Trustees said.
Durell Godfrey
By Christopher Walsh

The East Hampton Town Trustees have authorized the Friends of Georgica Pond Foundation to once again use an aquatic weed harvester this summer as part of the ongoing effort to alleviate conditions that have promoted the growth of harmful algal blooms, particularly that of toxic cyanobacteria, or blue-green algae, in the pond.

Jim Grimes read a resolution authorizing the weed harvester’s use at the trustees’ virtual meeting on Monday. It was approved by all eight of the trustees present.

The weed harvester was used in the pond in the summers from 2016 through 2018, on a limited basis in 2020, and again in 2021 as part of a multifaceted effort. Blooms have fouled the pond every summer for a decade. The Friends of Georgica Pond Foundation, a group of pondfront homeowners, have operated the harvester in collaboration with the trustees, who have jurisdiction over the waterway.

Motorized craft are not permitted on the pond, so use of the harvester requires permission from the town. A tidal wetlands permit from the New York State Department of Environmental Conservation is also required. Last year, the town board passed a resolution authorizing the use of the harvester for five years; the foundation received a five-year tidal wetlands permit from the D.E.C.

The trustees’ resolution cites the need for continued monitoring of blue-crab and fish populations in the pond and authorizes the use of a skiff to survey those populations for up to seven and a half hours per day, Monday through Friday, from June 1 to Sept. 30. The same time frame applies to the harvester.

The pond is eutrophic, with excessive nitrogen inputs from ground and surface water runoff feeding dense plant life, whose decomposition is blamed for choking the pond of oxygen. Blooms of macroalgae and macrophytes cause low levels of dissolved oxygen, or hypoxia, which can result in fish kills and harmful algal blooms.

Macroalgae interfere with surface water currents and also shade desirable vegetation. When they die, their decomposition consumes oxygen, stressing or killing marine life. In years past, the harvester has removed significant quantities of the macrophytes.

While use of the harvester is understood to have improved conditions, “there continues to be serious water quality impairment” in the pond, threatening human and environmental health, according to the trustees’ resolution, along with “continued growth of blue-green algae and macrophyte blooms, which are promoted by nitrogen and phosphorus.”

With the trustees’ resolution, “we are ready to operate for the next four years,” Sara Davison, the foundation’s executive director, said in an email. “The project will judiciously harvest nuisance macroalgae and aquatic plants in July and August. Since the initial experiments with the harvester, water quality has begun to improve and there have been no major pondwide blue-green algae blooms.”

Also at Monday’s meeting, Susan McGraw Keber announced that Christopher Gobler of Stony Brook University’s School of Marine and Atmospheric Sciences, who monitors water bodies under trustee jurisdiction, including Georgica Pond, will deliver the annual presentation of his research results from the previous year at the trustees’ meeting on April 11. The presentation will include a partial proposal for 2022, she said.