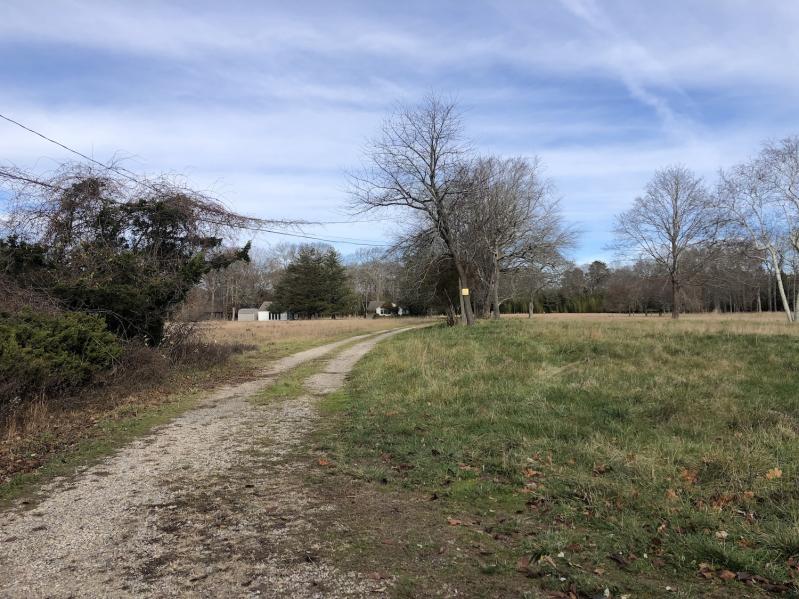 A long-dormant agricultural tract on Cedar Street that was bought by East Hampton Town earlier this year will be farmed once again.

Last month, the town board awarded a five-year license to Cedar Ley Farm, run by Isabel Milligan and Nicholas Collins, to use two town-owned lots that include a one-bedroom house and multiple farm outbuildings

Cedar Ley was one of two finalists to emerge from a request-for-proposals process the town initiated in late September. Proposals were due by Oct. 13, and the winning entity was announced last month.

Bidders for the farming project had to demonstrate to the town that they would use the land primarily for food crop production. Bidders needed to demonstrate experience in farm operations and the ability to “place the property in productive agricultural operation,” and a willingness to grow crops without the use of pesticides, or with natural pest-control measures.

The plot is broken into two parcels totaling more than 17 acres: a 12.3-acre farm that comprises multiple addresses along Cedar Street and a five-acre agriculture reserve, also on Cedar Street.

The town’s guidelines allowed for the small house on the property to be used for farmer-operated or farmer-managed housing. Ms. Milligan and Mr. Collins noted in their proposal that they would be living in the house.

They will pay the town $35,000 over the five-year license period “on terms to be negotiated,” according to the R.F.P. That lease can be extended subject to town consideration.

The property was bought by the town earlier in 2022 for $10 million using the community preservation fund. In requesting proposals, officials stressed that applicants who might use property for educational opportunities or “some other creative way to allow the public some association or interaction on this farm” might find favor with Scott Wilson, director of the town’s Department of Land Acquisition and Management, and his team of evaluators.

Ms. Mulligan and Mr. Collins said in their proposal that they would use the farm for year-round production and would grow vegetables, herbs, flowers, storage crops, and perennials, along with specialty crops like ginger and turmeric.

They also indicated on a map of the parcel that they would introduce a small cohort of mixed livestock, which would be used for selective grazing.

They identified a vegetable and flower field, two areas for livestock, another vegetable field, a potential greenhouse and “high tunnel” location (those are long, dome-like structures used to protect crops), and several possible locations for a farm stand. An existing barn will be transformed into a washing and packing station, and a shed will be repurposed as a cooler.

A perennial field with berries, herbs, and flowers rounded out their on-the-ground vision — which also highlighted a commitment to community supported agriculture, farm tours, the Collaborative Regional Alliance for Farmer Training, and possible future workshops and pick-your-own opportunities.

Their map also indicates that they would remove non-native bamboo from the land. Ms. Milligan and Mr. Collins also said they would ply their produce at local farmers markets and sell to local businesses and restaurants.

The 20-something Ms. Milligan is a farmer at Amber Waves in Amagansett, according to that farm’s website.

The Cedar Street bidding process came up at last Thursday’s town board meeting when two disappointed young farmers who had been passed over for the opportunity — James Burke and Andie Cortier of Sand and Soil Farm — nevertheless told the board that they supported the project and its use of C.P.F. money for what they said was its intended purpose. “Young farmers like us need this,” said Mr. Burke.

Town Supervisor Peter Van Scoyoc assured Mr. Burke that the town — which he said had acquired 42 acres of farmland over the past two years — fully expected more opportunities such as the Cedar Street one in coming years, and more competition from millennial farmers aiming to lay down roots on the East End.

“There are a number of people and groups vying for these opportunities,” said Mr. Van Scoyoc.