Restaurant or a pub? Either is too much, neighbors say 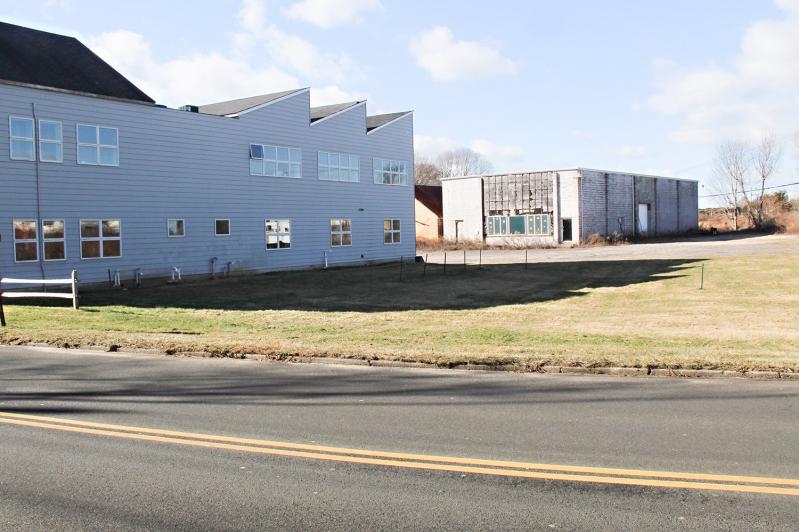 The site of a former furniture warehouse off Toilsome Lane in East Hampton could become home to the Toilsome Farm Brewing Company, but many neighbors are not happy about the plan.
Durell Godfrey
By Christopher Gangemi

Residents of Toilsome Lane showed up in force at the East Hampton Village Zoning Board of Appeals meeting last week to discuss the Toilsome Farm Brewing Company proposed at the site of a long-vacant furniture warehouse.

However, the residents quickly learned that the Z.B.A. meeting wasn’t the proper forum to air the many quality of life issues that seem to concern them most regarding the brewery. For those, the village attorney, Vincent Messina, said, they would have to wait for the next phase of the application, when it goes before the village’s design review board.

The application from Mill Hill Realty Corporation includes a two-story brewery and restaurant, tasting area, and outdoor beer garden. A bar and tasting room would be attached in an additional structure.

When initially presented to the design review board in August, Thomas Preiato, the village’s principal building inspector, said no variance was needed and that the proposed uses were consistent with the zoning of the property.

Michael and Christine Aaron, who own 19 Toilsome Lane, the house adjacent to the site, filed an appeal of Mr. Preiato’s determination in September. Their appeal argues that Mr. Preiato incorrectly interpreted the zoning code. They believe the proposal is closer to a tavern than a restaurant. Taverns are not defined by village code.

Mike Walsh, the attorney representing the Aarons, said the “large majority of square footage is devoted to the sale and service of alcoholic beverages” and that “the food is accessory to the beer.”

“When you look at your zoning code, when you look at the restaurant definition, it clearly prohibits the use that has been applied for,” Mr. Walsh said. “And we respectfully submit that your determination should reverse and annul the building inspector’s determination to the extent that he opined that the use was permitted in this commercial zone.”

After Mr. Walsh made his opening arguments, the Z.B.A. chairman, John McGuirk, called upon the public to comment. Nearly 20 callers addressed the board. Often, they were stopped by Mr. Messina when their concerns strayed into quality of life issues.

Mr. Aaron read from a letter written by Alex Balsam, the attorney representing the applicant. “Restaurants that brew their own beer are a popular version of a restaurant, generally seen as quiet uses,” he read, “that do not keep late-night hours and are compatible with surrounding residential neighborhoods.”

He stopped reading, incredulous. “In reference to compatible to the neighbors,” he said, “the neighbors do not want the beer hall and we are up in arms against it.”

Eric Gibson took issue with the first design review board meeting and asserted that the neighbors were not properly informed ahead of time that it was taking place.

Like many other residents who made comments, he seemed to lack trust in the process. “It’s hard to escape the conclusion that this was done for the same reason that . . . Mr. Balsam coyly relabeled the ‘beer garden tavern’ a restaurant. Because he knows the proposal is in violation of the relevant village codes and he is trying to obscure that fact.”

Sandra McManus concurred. “It does seem to be a little bit secretive, all of this,” she said. After being warned by Mr. Messina to stick to the topic on hand she concluded, “I’d like to say I totally support what Mr. Walsh said. The findings of the building inspector need to be completely reviewed, completely revised. This is not a restaurant. This is a brewery pub. It’s dangerous. It’s going to change the whole feeling in East Hampton. It’s wrong.”

“It is not exactly purely residential, and we knew that moving in,” said Stacy Stowe of Toilsome Lane. She made a distinction between a “regular restaurant,” and a drinking place wearing the clothes of a restaurant. “We’re concerned with the kind of establishment that it’s going to be,” she said.

“I hope going forward there can be more openness,” she added.

Peter Chase spoke as the president of townhouses association directly across from the site. Many in the community, he said, “are concerned specifically that this is being defined now as a restaurant that serves beer when . . . it obviously is a tavern being disguised as a restaurant.”

Under the deluge of the neighbor’s commentary, Mr. Balsam defended his client’s application.

“We look forward to talking to and working with the neighbors on those concerns,” he said, but argued that “what was set forth in the initial application was most certainly a restaurant as that is defined in the village code.”

He said that the proposal included an extensive kitchen, and that the restaurant would serve full sit-down meals. It would not be a late-night establishment. “It’s a restaurant,” he said, “albeit one that makes its own beer.” Comparisons to a brewery in Jamesport, he said, were way off base. He added that bars and taverns are not defined in the code but that they clearly have a focus on late nights. A bar or tavern would have little or no food offerings and few tables or amenities for dining.

At the conclusion of Mr. Balsam’s comments, Joe Rose, a board member, asked “Where are bars or taverns permitted in the village?”

“Mr. Hajek says that somehow the lack of a definition in the code results in that use being permitted,” he said. “Well, I challenge that statement and that assertion because the law in the state of New York . . . says exactly the opposite.”

“In fact, in your code, if a use is not listed as permitted, it is prohibited,” Mr. Walsh said.

Philip O’Connell, a zoning board member, asked Mr. Walsh if beer was secondary to food, would that be allowed? That’s a “correct statement,” said Mr. Walsh.

But the question of brewing beer in a manufacturing area is an open one, he said, as it is not defined in the code. “Production and sale of beer on site for consumption is not manufacturing,” he said.

“If you were to produce the beer and truck it off site, that’s an entirely different matter.”

“It’s easy to muddy the waters,” said Mr. Balsam when reached over the phone this week. “But we’re in the early stages of this project. From our standpoint, we submitted something that clearly falls under the parameters of a restaurant.”

Whichever party loses at the Z.B.A. level will be able to appeal the decision in court.

The board agreed with Mr. Messina’s suggestion to leave the record open for 30 days for additional written submissions. That means the earliest determination of whether a brewery is an allowed use on Toilsome Lane wouldn’t come until at least March.

According to New York State law, the Z.B.A. has 62 days from when the hearing is closed to render a decision on whether the zoning determination, originally made by Mr. Preiato in August, should be upheld.

Free Car Seat Checks in Southampton
Battle of the Books, and More Fun for Teens
This Week's Happenings in Montauk
END_OF_DOCUMENT_TOKEN_TO_BE_REPLACED