With proposed affordable overlay, new units could be built throughout village 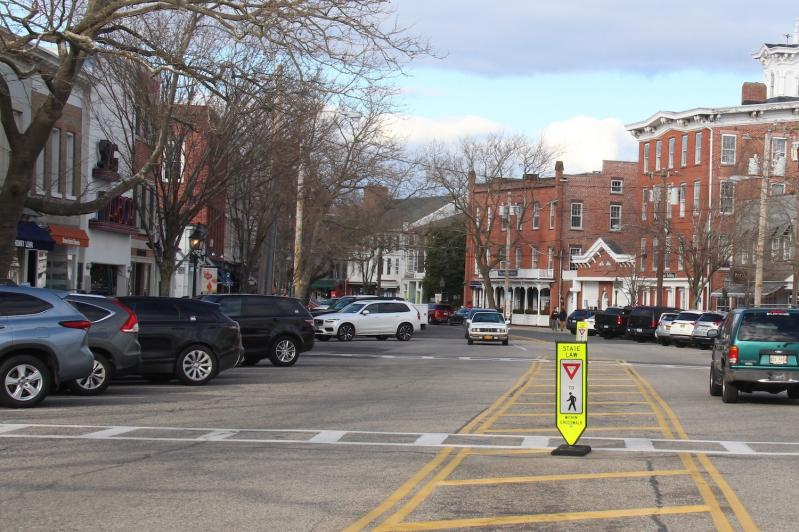 Next month, the Sag Harbor Village Board will introduce amendments to the village code to create an affordable housing overlay district, which will cover the entire village.
Durell Godfrey
By Christopher Gangemi

The Sag Harbor Village Board, after “freeing up some mental space” that had been occupied by the building moratorium and the waterfront overlay district, launched an affordable housing initiative at its meeting on Tuesday evening.

“This is an initiative for the village that everybody on this board — and many throughout the community — is supporting,” said Ed Haye, reading from a joint report that he and his fellow board member, Bob Plumb, developed. The overall objective, he said, is to clear the way to create affordable housing for the local market.

“We can summarize the board’s approach with three words: zoning, collaboration, and program administration,” he said. “These three words are the threads that make up the housing initiative.”

Next month, Mr. Haye said, the board will introduce amendments to the village code to create an affordable housing overlay district, which will cover the entire village. There are two essential elements, he explained. One will allow affordable housing projects in business and commercial districts; the other will permit auxiliary, or secondary, units in residential districts.

The board will also seek to collaborate with East Hampton and Southampton Towns, to create housing both in and outside the village. “We know the success of this housing initiative depends on public and private engagement and support,” said Mr. Haye.

By engaging the towns, the board hopes to “leverage existing resources, knowledge, and skills” for assistance with the administration of the new program.

The announcement of the plan met an enthusiastic response from the many members of the public who attended the virtual meeting.

“Congratulations on even having this conversation,” said Sean McLean, a local developer. The number-one barrier to affordable housing isn’t due to Nimbyism, he said, but to the “will of the municipal elected officials.”

Bryony Freij, the leader of East End YIMBY, which advocates for affordable housing, also applauded the initiative. “The people we rely on to run this community are getting pushed out,” she said. She asked the board to make the zoning parameters “as lax as possible,” to make it easy for homeowners to build accessory structures. The village might include the area just west of Main Street, she suggested.

Kathryn Szoka, co-owner of Canio’s Books, thanked the board for “tackling this issue” and echoed Ms. Freij’s idea, saying that the board should consider “building over the parking lots that the villages own.” Ms. Szoka stressed that any new housing “needs to be affordable in perpetuity,” and said it should go to people who live in the community, not those looking to rent a vacation house for a year.

“I appreciate how you are prioritizing affordable housing,” said Elizabeth Hanley, a Shelter Island resident. “Our communities overlap,” she said. “Our year-round folks are getting pushed out.”

Maria Pentcheva-Burns, a longtime resident, said she and her husband have an almost daily conversation about leaving town.

“My children are sixth-generation Sag Harbor — if we can stay here,” she said. Even though she’s a doctorate-level psychologist with a thriving practice, and her husband is a builder, they do not have the kind of money to one day buy a house for their children to live nearby, she said. She was hopeful that the housing initiative would lead to long-term solutions.

Mayor Larocca was forced to cut the public comments short. The streamed meeting had maxed out its attendance. News of a housing initiative, it seemed, had struck a nerve.