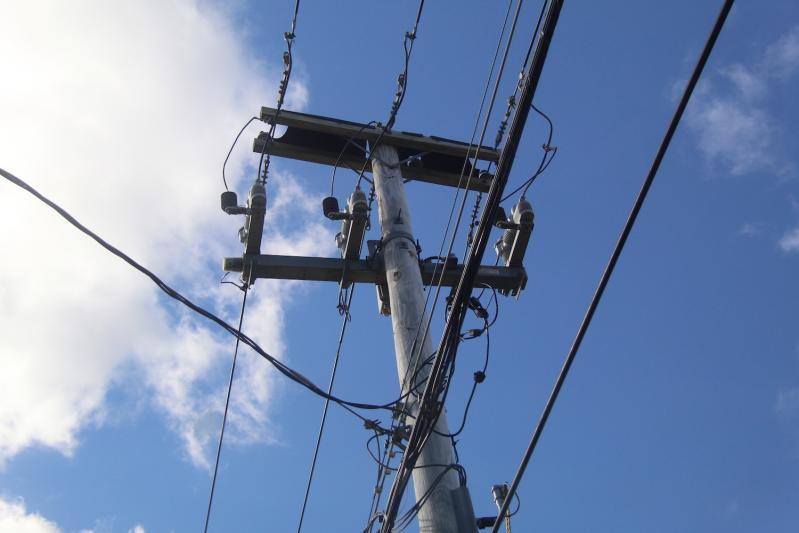 A Nov. 9 announcement that the Long Island Power Authority and the New York State Department of Public Service had agreed on a new management contract with PSEG Long Island came with reassuring words from LIPA officials but also continued criticism from government officials and activists.

The announcement came 15 months after Tropical Storm Isaias caused PSEG Long Island’s restoration and communications system to fail, leaving more than 500,000 customers without power for up to a week and unable to reach the utility.

The agreement between LIPA, which owns the electrical grid, and PSEG Long Island, which manages it on LIPA’s behalf, includes reforms meant to provide greater oversight of PSEG Long Island’s operations and improve performance and accountability, according to a statement from LIPA.

Under the four-year contract, which is subject to approval by LIPA’s board of trustees and the state attorney general and comptroller, up to $40 million of PSEG Long Island’s $80 million annual compensation is at risk, with automatic reductions for failures to meet minimum emergency response, customer satisfaction, and reliability standards, as well as a new Department of Public Service investigative process for failures to provide safe, adequate, and reliable service.

The reformed contract also provides PSEG Long Island with more autonomy from its New Jersey-based parent company. The president and chief operating officer of PSEG Long Island will have “full and final operational decision-making authority,” according to LIPA, “and the local executive team will be strengthened with new positions in information technology, cybersecurity, emergency response, business services, and human resources.”

It also requires that all PSEG employees on Long Island report to managers on Long Island, and that compensation for PSEG Long Island employees be linked to the performance of Long Island operations. The utility will be subject to annual performance requirements set by the LIPA board, and the contract strengthens long-term planning, budget development, and cost management.

The utility must also promptly and accurately disclose “significant operational issues” to LIPA and the Department of Public Service that impair its ability to provide service, emergency response, or cybersecurity. Known operational problems identified by LIPA management or the state must be resolved in a time-sensitive manner, with oversight by the LIPA board of trustees, the contract says.

The contract would also settle a lawsuit filed by LIPA against PSEG following Tropical Storm Isaias.

‘The Model Is Flawed’

LIPA’s announcement was accompanied by positive statements from its own officials and from the Department of Public Service. But critics said it does not go nearly far enough.

“The whole model of having Long Island’s electric company operated by a public authority who contracts out all management to a third-party private utility is a failed model,” Assemblyman Fred W. Thiele Jr. said on Monday. “I’m not sure I would have been satisfied with any contract, because the model is flawed.”

History demonstrates this, he said. “When the storm comes, you end up with a lot of finger-pointing, where they each blame the other.” The existing model “lacks oversight, accountability, and transparency.”

LIPA’s day-to-day operations were turned over to PSEG Long Island under the LIPA Reform Act, signed by then-Gov. Andrew M. Cuomo in 2013. It was meant to restructure electric utility operations, improve customer service and emergency response and preparation, and ensure safe and adequate service. In fact, Mr. Thiele said, it “didn’t reform anything. It was designed to do one thing, to allow Governor Cuomo to control LIPA without ever having to take responsibility whenever anything went wrong. That may have been a great model for him, but it never worked for the people of Long Island.”

The reformed contract is “probably marginally better” than the existing contract, he said, but “ultimately we will end up back in the same place. As I look at this, the main thing I want to make sure of is that there are no poison pills that would preclude us from moving ahead with considering going from a third-party management contract to LIPA directly operating the utility.” He and State Senator Jim Gaughran are working on legislation to that end, he said.

Reimagine LIPA, a coalition of organizations including the Long Island Progressive Coalition, the Sierra Club, OLA of Eastern Long Island, Progressive East End Reformers, and Suffolk Progressives, issued a similar assessment on Nov. 10. The reformed contract, if approved, “would continue a failed public-private model,” the coalition said. “It’s no surprise there are members of the board who continue to ignore ratepayers, who pay exorbitant electric bills for unreliable service. We hope the board will come to its senses and reject this deal in favor of full municipalization, and we urge all residents who are fed up with LIPA and PSEG to take advantage of the public comment period to demand public power.”

The coalition’s statement called on Mr. Thiele and Mr. Gaughran to introduce legislation “to fully municipalize LIPA and give ratepayers the affordable and reliable electric grid they deserve. We hope Gov. Kathy Hochul will partner with us in this effort.”

LIPA’s board of trustees accepted virtual public comments on the revised contract and settlement at a board meeting yesterday, and will do so again during an evening session on Dec. 2 and at its Dec. 15 board meeting. Written comments can be submitted to [email protected].