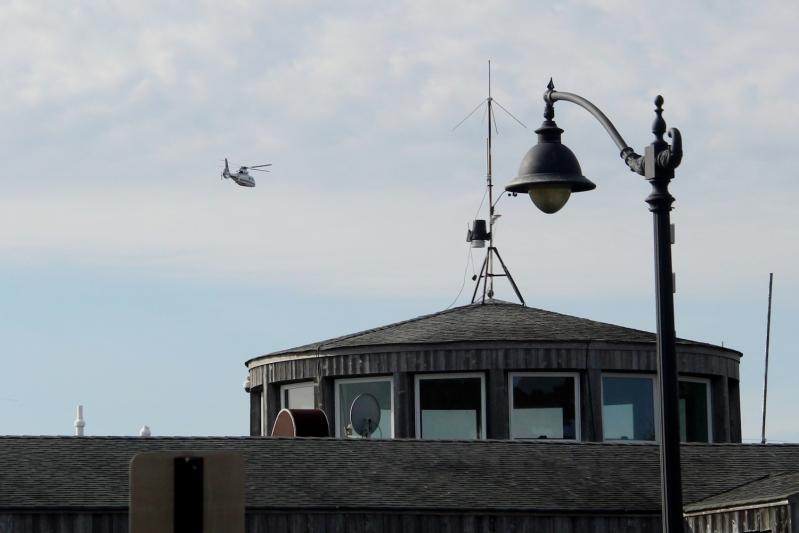 Some 9,000 of the estimated 11,000 visitors arrive at East Hampton Airport via commercial aircraft, the consultants to the town said.
Durell Godfrey
By Christopher Walsh

Current operations at East Hampton Airport and spending by passengers to and from it generate between $19 million and $25 million in economic output and account for 170 to 260 full-time equivalent jobs for the town, but passenger spending represents just 2 to 3 percent of taxable sales in the town, consultants told the East Hampton Town Board on Tuesday, in the latest discussion as to a re-envisioning of the facility that is a boon to some and a bane to others.

The town regained control of East Hampton Airport upon the September expiration of federal grant assurances, and now has the option to close it temporarily and reopen it with new restrictions in place, allow its operation to continue as is, or close it permanently. The latter option appeals to many residents who have long complained about an explosion in commercial air traffic and its detrimental impact on their quality of life.

Shuprotim Bhaumik and Kevin Clyne of HR&A Advisors, a consultancy engaged by the town to assess the impacts of the airport on the town’s economy, presented an updated draft report, following a report delivered in May, that takes into account an in-person survey of 390 passengers conducted from Aug. 12 to 15 and Aug. 19 to 22, United States Census information, and third-party data providers to fine-tune its projections as to the airport’s importance to the town’s economy. The updated report considers three scenarios: a continuation of existing operations, continued operations but with the elimination of all commercial traffic, and complete closure of the airport and its repurposing as passive open space.

Spending on airport operations totaled $6.3 million in 2019, the consultants told the board. Around 33,000 visitors to the town arrive by air annually — representing fewer than 1 percent of total visitors — and 72 percent of those arriving at East Hampton Airport, or around 24,000, remain in the town. Of those 24,000, the consultants said, survey data suggests that 54 percent are primary or secondary homeowners who, it is assumed, will continue to visit East Hampton regardless of the airport’s status.

Among the remaining 11,000 visitors, the consultants estimate per-trip spending of $1,160 to $1,700 and a total of $13 million to $19 million in direct spending. Adding those figures to the $6.3 million in airport-operation expenditures, the consultants arrived at the $19 million to $25 million range in economic output and 170 to 260 jobs in the town.

Some 9,000 of the estimated 11,000 visitors arrive at East Hampton Airport via commercial aircraft, the consultants said. Should the airport be closed to commercial traffic, allowing only small personal aircraft, visitors arriving by such aircraft would represent $3 to $4 million in direct spending, far less than the $13 million to $19 million range. But as 70 percent of surveyed passengers indicated that they would continue to visit their destinations via other forms of transportation, much of that spending would not in fact disappear: The consultants estimated $10 to $15 million in direct spending. A modified airport that was closed to commercial traffic would support 125 to 210 jobs, the consultants said.

Studies have shown that proximity to airports corresponds with decreased property value (the airport received 47,000 noise complaints in 2019). Complete closure of the airport would result in benefits that improve residents’ quality of life, including their health, and reduce noise, ground, and water pollution, the consultants said. Some benefits, such as access to open space and reduced noise, could positively impact property values, especially those in close proximity to the airport.

In summary, current operations at East Hampton Airport have a “fairly modest” economic benefit on the town, Mr. Bhaumik said, so the impact of eliminating commercial traffic would be minor.

But this is East Hampton, after all. George Wachtel, a tourism market research consultant, referred to an anecdote from the August survey. “As you know, there are a number of well-known personalities that come through that airport,” he told the board. “In one case, a very well-known comedian’s wife commented, ‘If he didn’t have his jet he wouldn’t be able to live here, because he couldn’t get to his work.’ “