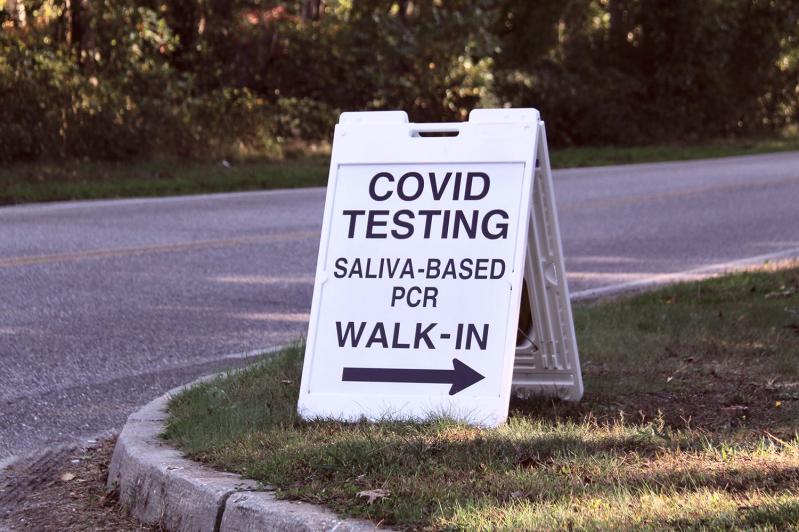 East Hampton Town has completed a transition from Medivolve, which had operated Covid-19 test sites at Town Hall and in Montauk, to CareONE Concierge, which is offering saliva-based PCR tests at the former Child Development Center of the Hamptons on Tuesdays, Thursdays, and Saturdays.
Durell Godfrey
By Christopher Walsh

Long Island’s positive infection rate is once again on a slow but steady increase. The seven-day average percentage of positive test results stood at 2.5 percent on Monday, up from 2.08 percent on Oct. 28. East Hampton Town had logged 2,177 total cases of Covid-19 as of Tuesday, according to Suffolk County’s Information Technology Department.

The town has completed a transition from Medivolve, which operated test sites at the Town Hall complex in East Hampton and in Montauk, to CareONE Concierge, which is operating a test site at the former Child Development Center of the Hamptons, Mr. Van Scoyoc said. It is now offering tests on Tuesday, Thursday, and Saturday from 10 a.m. to 6 p.m., with no appointment needed. The supervisor said on Tuesday that he hoped to announce “a more robust schedule of testing” shortly, ideally six days a week at the former C.D.C.H. building and one day a week in Montauk.

Mr. Van Scoyoc said that if the local infection rate continues to decline, “we will want to have a discussion about reopening board meetings” to in-person attendance. A resumption of in-person meetings on July 1 proved short-lived, with meetings returning to a virtual format two months later after Gov. Kathy Hochul signed legislation extending virtual access to public meetings under New York State’s Open Meetings Law. The highly transmissible Delta variant of the coronavirus, and a sizable minority of the population unwilling or unable to be vaccinated, had led to another surge in Suffolk County, across New York State, and around the United States.