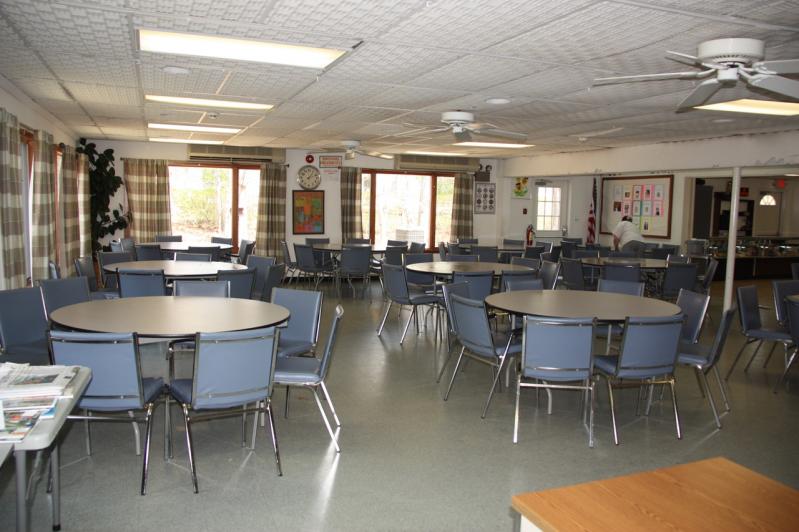 The East Hampton Town Board is united in its desire to see construction of a new senior citizens center to replace the aging facility on Springs-Fireplace Road, but disagreed about how a new facility’s design would be determined.
Durell Godfrey
By Christopher Walsh

A long-hoped-for new senior center that would replace the aging facility on Springs-Fireplace Road in East Hampton was the topic of a somewhat acrimonious town board back and forth last Thursday. Board members, often sounding irritated, finally voted to form a building committee on the project.

An initial plan to construct a new center on the existing site was scuttled after a resident objected that it would be built atop a park dedicated to her mother, and another site has not been chosen, or, if it has, has not been made public, though board members have hinted at a $2 million land acquisition for that purpose. The building itself is estimated to cost an additional $8 million. The new committee will “reaffirm the configuration and proposed size of 18,730 square feet,” according to the board’s resolution.

The committee will also “review the input/findings of the 2014 Senior Services Committee” among other entities. Councilman Jeff Bragman, however, noting that it has been six years since those “findings” were submitted, said the project should now go through a “rigorous planning process,” including environmental review. He is concerned, he said, because along with the cost, “this . . . is going to be one of the largest buildings in East Hampton.”

Nevertheless, he said, “It just seems to me an odd mission to give them before we have had any kind of environmental review on the building. We don’t have a site for the building.” The 2014 plan was designed for the site where the center is situated now.

“I would have much preferred to see the first resolution dealing with a new senior center follow the suggestions that the senior citizens themselves gave us when we were at that meeting, which was to set up a senior citizen committee that could actually have some input,” Mr. Bragman said.

Mr. Van Scoyoc told Mr. Bragman that most planning had occurred prior to his, Mr. Bragman’s, election to the board, including a committee that did provide input “for a number of years, leading up to the point at which we were ready to build . . . so I can understand why you think that somehow that process was overlooked. It wasn’t.” He added that senior citizens are anxious to see the new center constructed; Councilwomen Kathee Burke-Gonzalez and Sylvia Overby agreed.

The building committee appointed last Thursday, Mr. Van Scoyoc said, “is specifically focused on reaffirming whether or not the layout and the space to accommodate the needs, and future needs” are appropriate. “We have every plan to be able to go back and check with the seniors as we reconfigure the building” for the new site, Ms. Burke-Gonzalez said.

Mr. Bragman pressed his point. “The seniors are very anxious for a building,” he agreed, “but the message from the meeting that we had just two months before the New Year, it was very clear that they felt they were not being involved in the design process. . . . It sounds like we’re going to pick, behind closed doors, a new site and plunk that building down.”

After last Thursday’s board meeting, he noted that the Bridgehampton architecture firm Stelle Lomont Rouhani had completed, and offered to the town at no cost, a design based on the town’s proposed plan. “It gives people an idea of an alternative design that is a little more attractive” than what has been presented, Mr. Bragman said on Tuesday, repeating the assertion that the senior citizens he and the supervisor met with last year “were adamantly stating that they want to be involved in the design and location of the building.”

The board reached a detente with Mr. Bragman’s suggestion that the word “reaffirm” be deleted in favor of “re-evaluate,” with respect to the configuration and proposed size of the new center, and the resolution passed unanimously. “I would really urge the board to appoint a committee of seniors who are not members of the building committee,” Mr. Bragman said, “just as a steering committee for the senior community at large.”

Mr. Van Scoyoc answered that “We’ve had seniors come to us specifically asking to form a senior advisory committee,” which he said would be separate from the effort to secure a site and develop the new center, “and as we move through this process we will continue to engage seniors for their input, and the general public as well.” Mr. Bragman asked to serve as liaison to that committee.