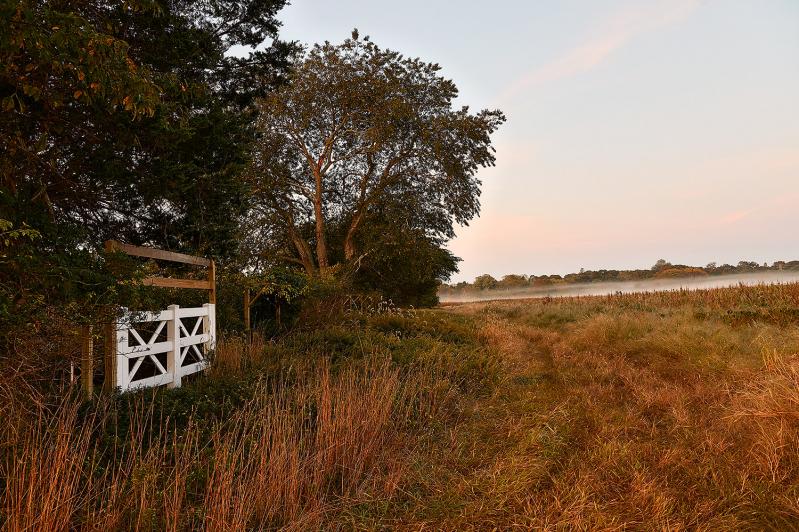 The Roundtree hotel in Amagansett is hosting a series of New York City chef residencies on its grounds and at nearby Rosie's restaurant over the next several weeks.
By Jennifer Landes

Beginning on Friday, Rosie's restaurant in Amagansett will be the venue for a series of dinners helmed by the Roundtree hotel and conceived by Manhattan chefs to offer a summertime energy to chase away winter's doldrums. The western invasion will continue until the end of February with the New York restaurants taking weekend residencies for at least Friday and Saturday nights, and in some cases even longer.

The list of restaurants and chefs demonstrates an emphasis on international cuisines interpreted through local ingredients. This weekend, it's the chef and owner Riccardo Orfino from Osteria 57 and Alice restaurants in the West Village. His version of Italian is realized back home through the Union Square Greenmarket and sustainable seafood suppliers. His menus feature crudos, salads, pastas with shellfish or colorful vegetables, and seafood entrees. He will be at Rosie's cooking tomorrow and Saturday.

Other chefs and restaurants to come are Tom Naumsuwan of Wayla, his Lower East Side restaurant featuring Thai comfort food; Maria Loi's famous Loi Estiatorio, a Greek and Mediterranean eatery with an emphasis on healthy eating; Bronson's Burgers, a NoLIta burger joint featuring specialty burgers, fries, and out-of-the-ordinary and over-the-top shake flavors; Kand Hu and his Chinese restaurant Jia, which specializes in dim sum, Peking duck, and seafood fried rice; Junoon, a Michelin-starred Indian spot in the Flatiron district under the direction of Akshaky Bhardwaj, and finally, a preview of Alligator Pear, a restaurant due to open this spring under the direction of Dominick Lee, who comes to the city via New Orleans and Houston and will make upscale Creole cuisine the centerpiece of his new venture.

Hotel guests will receive priority reservations to the dinners, which are steps away from the property. They will receive exclusive access to fireside discussions and private cooking classes as well. Guest may also receive some in-room surprises. In one more special event for guests, the Roundtree will host an intimate Lunar New Year celebration in which the owner Sylvia Wong's family traditions and recipes will be shared. Still, anyone can book one of the visiting restaurants' meals through the hotel's website, where full information and specific residency dates can also be found.