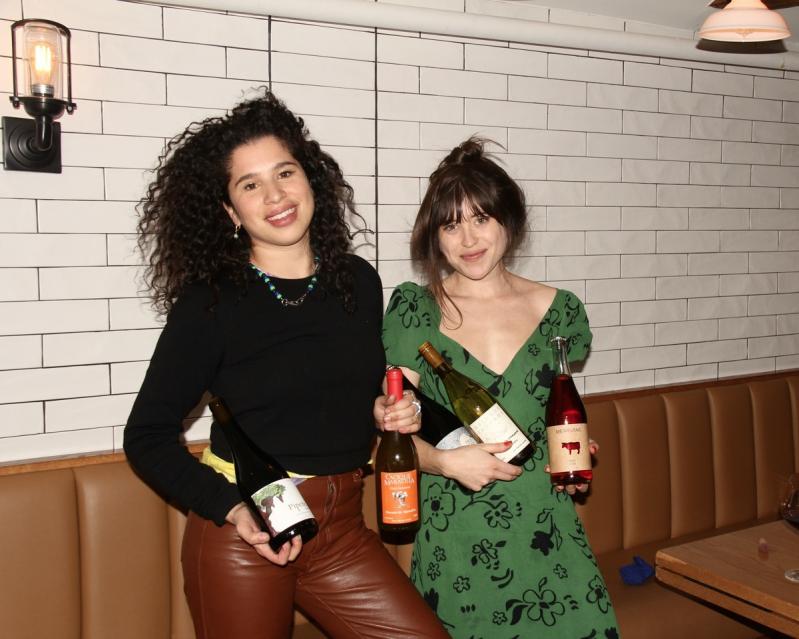 Stephanie Uribe and Via Wohl are the founders of Nat Out East, a natural wine purveyor.
Durell Godfrey
By Jennifer Landes

Awarded for Excellence
The Wine Spectator has announced its 2022 Restaurant Awards, including five South Fork favorites.

The issue that announces the awards will be on newsstands Tuesday. Restaurants can be searched by location at Restaurants.WineSpectator.com.

Going Natural
Nat Out East, which started as a "word-of-mouth wine club," in the words of its founders, has evolved into what they describe as a "complete e-commerce bottle shop platform."

Steph Uribe and Via Wohl, former art students who have been in the hospitality business for several years, founded Nat Out East when they were on the East End and between gigs, trying with little success to find the natural wines that had become their preference after experiencing them in the restaurant industry. They knew they had found a niche.

They note that the term "natural wine" is often used improperly.  As a result, they state, "Nat Out East favors wines that have been minimally intervened, from the way the grapes are farmed, to the processes in the cellar."

The wines are unfiltered and refined after being hand-harvested, with ethical practices used in compensation and treatment of the workers. "There is no use of heavy machinery in the natural wine world, no pesticides, chemicals, or dyes are used in any part of the process, and the addition of sulfur is minimal, if any is used at all."

If this sounds appealing, their website is NatOutEast.com. They offer free local delivery twice a week or pickup anytime at their Southampton location. For orders more than $200, same-day delivery is available, and much later in the day than most liquor stores are open. For those coming from the city, they recommend ordering on the way so that the wines will be ready for pickup in 30 minutes, just off the highway.

Mashashimuet Park's History and Future
A Conference for Young People to Create Solutions
Get Outside, Get Moving
END_OF_DOCUMENT_TOKEN_TO_BE_REPLACED