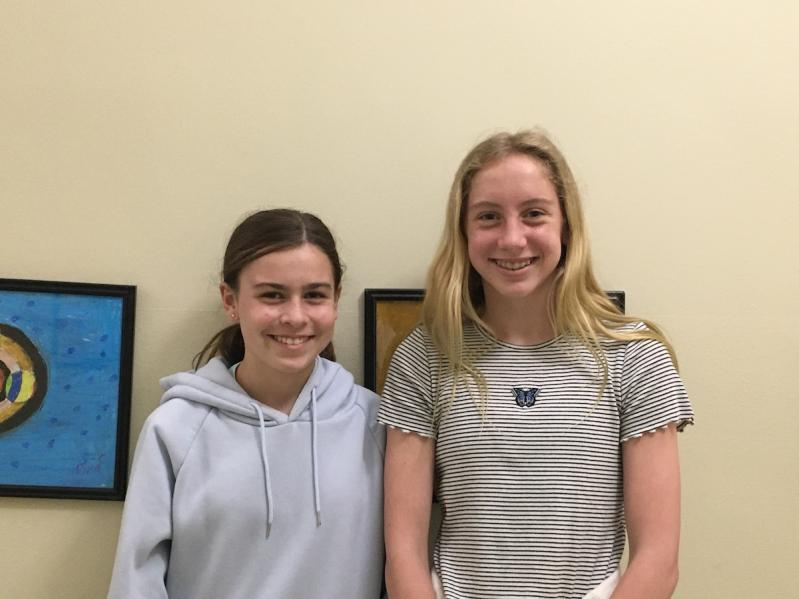 Audrey Smith, a Montauk School eighth-grader, and Daisy Pitches, who is in the seventh grade, have earned first place and a $1,000 prize in a national video competition that celebrates rural schools.

"The video was certainly well done and had wonderful subject matter. It's exactly the kind of school/community message we were hoping for!" said David Little, the executive director of the New York State branch of the association, in a letter of congratulations to Audrey and Daisy.

Their video, titled "Our School, Our Community," focuses on a tight-knit community that together is breaking the barriers of the Covid-19 pandemic. The students expressed their love for their school and an immense appreciation for their administrators and teachers. Highlighted in the video is the annual multicultural fair, among other programs and initiatives.

Jack Perna, the district superintendent and principal, said he was impressed "that they accepted the challenge and took it not only to completion, but to such a high level." He said Audrey and Daisy were encouraged to produce the film by their music teacher, Shawn Ward.

The two will split the prize money and put it into their college savings accounts.