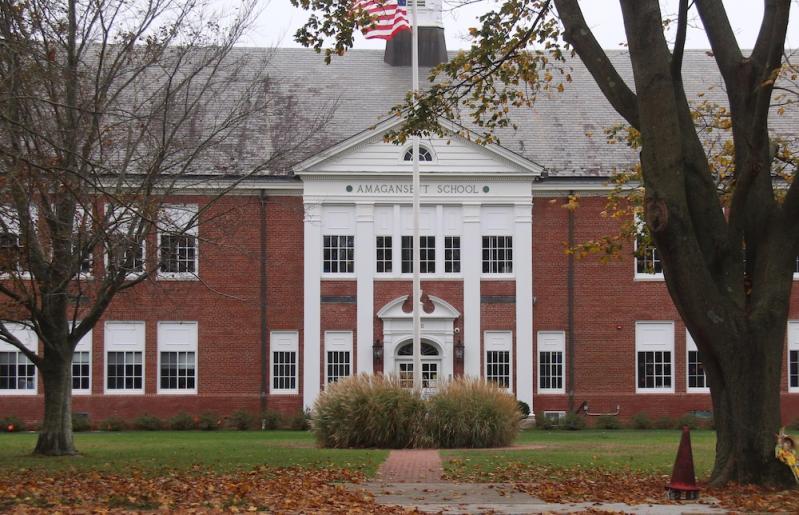 At the time of its audit the Amagansett School District had just over $1.3 million, or 11.43 percent of its 2019-20 budget.
Durell Godfrey
By Christine Sampson

A common theme emerged this year as school districts went through their routine audits: The Covid-19 pandemic has motivated some to hold on to more surplus funds than in past years, despite a state law limiting the amount of money a district can retain.

New York State caps a district's "unassigned fund balance" — that's the technical term for those surpluses — at 4 percent of the prior year's budget.

At the time of its audit the Amagansett School District had just over $1.3 million, or 11.43 percent of its 2019-20 budget, financial records show. In a Nov. 17 document known as a "corrective action plan," Seth Turner, the Amagansett superintendent, noted that some of that money has already been used to hire more staff members to cope with a large influx of new students because of the Covid-19 pandemic. He also said Amagansett would use some of the money to offset the new year's tax burden on homeowners.

"The district will develop a fiscally sound plan to reduce its fund balance to an amount within the statutory limit," Mr. Turner said in the letter.

The overage was less dramatic in East Hampton, where the district ended the last school year with a 4.71-percent surplus. Keith Rugen, East Hampton's assistant superintendent for business, said in a corrective action plan that the school board "elected to keep the fund balance" because of uncertainty due to Covid-19, fluctuating student enrollment, and looming cuts in funding from New York State.

"Management will closely monitor fund balance throughout the following fiscal year and during the budget planning process," Mr. Rugen said in the corrective action plan.

The Montauk School District audit showed the district held on to 8.53 percent of its budget in fund balance, or $1.78 million. Matthew Neuschwender, the school district treasurer, said in an email to The Star that the overage will be used, in part, "to hedge against anticipated state aid cuts over the next several years. We were assured that . . . we are heading toward 20 percent [in cuts] without a federal bailout."

"This will be a multi-year financial recovery, and we are well positioned to not burden our community to bear the cost. We are lucky," Mr. Neuschwender later said.

Two different issues emerged in the Springs School District, where the school board recently trimmed its fund balance to 4 percent by dividing excess money into reserve accounts for anticipated costs like repairs and retirement payments.

Auditors from the R.S. Abrams company said Springs officials need to actively investigate old checks so that they do not linger on monthly financial reports. Some more than a year old were unearthed during the review process, according to a report issued by R.S. Abrams.

Auditors also said the district failed to file certain documents in accordance with the federal Individuals with Disabilities Education Act, which provides reimbursements for money spent educating children with disabilities. Both of those issues were identified in previous reviews, but were deemed "not implemented" by the auditors.

Debra Winter, the Springs School superintendent, could not be reached for comment this week.

The Montauk School's audit also turned up what the same company, R.S. Abrams, deemed a "significant deficiency": The district treasurer is the one person who handles the bulk of the accounting, payroll process-ing, and other financial responsibilities. "While we understand the inherent limitations placed on the district due to its size, we recommend segregating these duties to improve internal controls or implementing compensating controls," auditors wrote.

Mr. Neuschwender said the auditors know that "in a perfect world we would have someone to do each of my tasks -- payroll, accounts payable, requisitioning, etc. -- but since we don't have the volume that warrants that, there is no immediate need to evaluate that." He said Jack Perna, the district superintendent, does handle some tasks, such as purchasing and signing off on paychecks.

An audit of the Bridgehampton School District did not turn up any weaknesses, according to a financial report by Cullen and Danowski. Robert Hauser, the district superintendent, told The Star in October that an initial fund balance of 5.84 percent, or $1.1 million, has been significantly spent down already because of Covid-19.

Jeff Nichols, the Sag Harbor School District superintendent, said his district's audit is still a draft, so it has not been publicly released. The Sagaponack and Wainscott School Districts are exempt from the otherwise mandatory audits because of their small size.