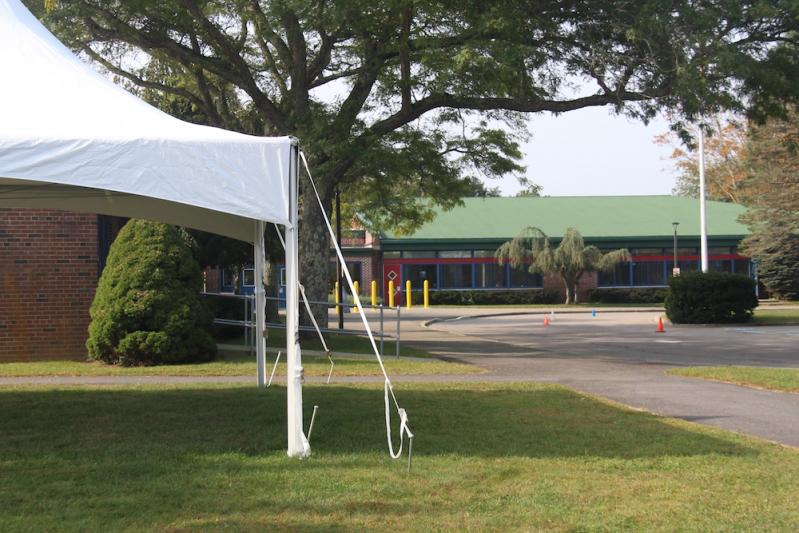 Update, Sept. 27, 10:30 a.m.: The East Hampton School District on Saturday announced that what had been a suspected case of Covid-19 in a student is now a confirmed case at John M. Marshall Elementary School.

County Health Department officials "concluded their investigation Friday afternoon and have determined no students or staff need to be quarantined due to this confirmed case," East Hampton school officials said in a statement.

The student's illness is accounted for in the School Covid Report Card, a state database tracking virus cases that is updated daily online.

Originally, Sept. 25: The Suffolk County Department of Health Services informed East Hampton School District officials on Thursday that there is a suspected case of Covid-19 affecting a student at the John M. Marshall Elementary School.

According to an email sent Friday morning by Richard Burns, the district superintendent, the student has been tested and results are expected to come back in two or three days.

"Because it is a suspected case, we are following all protocols to keep our students safe," Mr. Burns wrote. "At this time the [Health Department] is monitoring the situation and remains in close contact with our school district."

If the case is confirmed, Mr. Burns wrote, more information will be sent out.

Separately, on the School Covid-19 Report Card, a state database that is updated daily, there was one positive case in a school-age child reported in East Hampton on Thursday. That data category "estimates the number of school-aged children (5-17 years old) who tested positive and reside within the area served by the school district." Children included in that data category do not necessarily attend school within the district, but have a home address within that district.

A similar situation popped up Thursday on the School Covid-19 Report Card for the Montauk School District. The laboratory-reported positives "based on residential address" showed two cases, but the school data indicated there were still no cases at the school itself.

"They had to have occurred between the first and 10th of the month," Karen Theiss, the Montauk School nurse, said Friday. "More than likely it was teens or people in their early 20s working in restaurants over the summer. Neither of these two cases were at the school."

As of Friday morning, the only district between Montauk and Southampton reporting a confirmed positive case was Southampton. Nicholas J. Dyno, Southampton's district superintendent, said the student had not been on campus before the diagnosis because in-person learning only resumed on Monday of this week. The Southampton School District also showed two additional lab-reported positive cases based on residential addresses.

The Hayground School in Bridgehampton also had no cases as of Friday morning, according to the state database. The Ross School and Avenues in East Hampton have not reported any data.