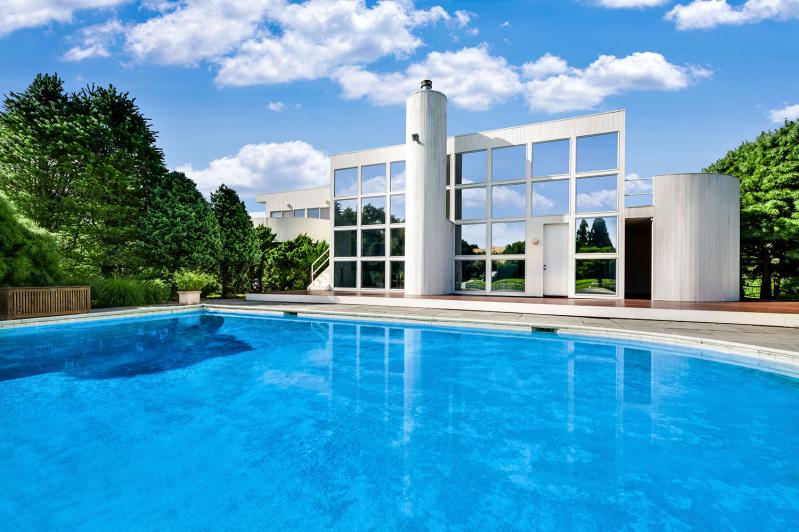 The owner of this Water Mill house filed a lawsuit seeking to regain possession of it from renters.
Craig Macnaughton
By Jamie Bufalino

The owner of a Water Mill house that is on the market for nearly $5 million filed a breach of contract lawsuit against renters who have refused to leave the property after their lease ended on May 31.

Damian Krause, the owner of 220 Flying Point Road, filed the suit in Suffolk County Supreme Court on June 10 seeking to recover possession of the premises, plus monetary damages.

Paul Pion, a chief administrative officer at the Cantor Fitzgerald financial services company, and his wife, Stephanie, have been renting the home for $120,000 per year since June 2019, according to court documents. After initially signing a one-year lease, the Pions were later granted a one-year extension. Each time, the rent was paid in one lump sum.

Because Mr. Krause had plans to sell the home, the leases stipulated that the landlord or his representatives must have access to inspect the premises, and to show the property to potential buyers.

"The tenants are not communicating and are refusing to grant the landlord access to the house," Mr. Krause said in an affidavit. A buyer had agreed to purchase the house for $4.97 million "unseen" and "uninspected," he said, and had planned to finalize the deal on June 15. The Pions' refusal to vacate the premises is jeopardizing the sale, and forcing the buyer to spend money on a rental house for the summer.

Mr. Krause said he had reached out to Mr. Pion numerous times last month to arrange "a walkthrough and/or return of the keys," but he did not receive a response. On May 26, Ms. Pion sent him an email. "Per our previous communications, we advised you that we will not be able to vacate on May 31st," she said. "If you have any questions or issues please contact . . . our attorney who is copied on this email, thank you."

"There is strong reason to believe the tenants intend to 'squat' throughout the summer without any communication with the landlord or an offer to pay a summer rental [at] fair value," Mr. Krause said. "It is also important to note that the occupancy of the premises . . . has become an intolerable nuisance due to the lifestyle and practices of the occupants."

Mr. Krause said that, according to a longtime caretaker for the property, the Pions had made "unauthorized alterations" to the house, had failed to properly maintain the grounds and septic system, and had damaged some of his artwork. Bryan Lewis, an attorney for the Pions, did not return requests seeking a response to the allegations.

Anthony Cummings, a lawyer for Mr. Krause, said in court filings that the Pions are attempting to use the pandemic as an excuse to remain in the house. Although there is a state moratorium on residential evictions through Aug. 31, "the Covid-19 pandemic has no bearing here since defendants have suffered no financial hardship from it," he said. "The defendants are not the type of tenant the Covid-related law and rules are intended to protect." They are "ultra-wealthy," have a primary residence in Manhattan, and have been made aware that the house is being sold to someone else, he said.

"Simply stated, this case is about the defendants' brazen attempt to use the Covid-19 pandemic as an excuse for failing to perform under the contract," said Mr. Krause.

A hearing on the matter had been scheduled for last Thursday, but Mr. Lewis, who was hired by the Pions last week, sent a letter to Justice Joseph Farneti seeking an adjournment until today.