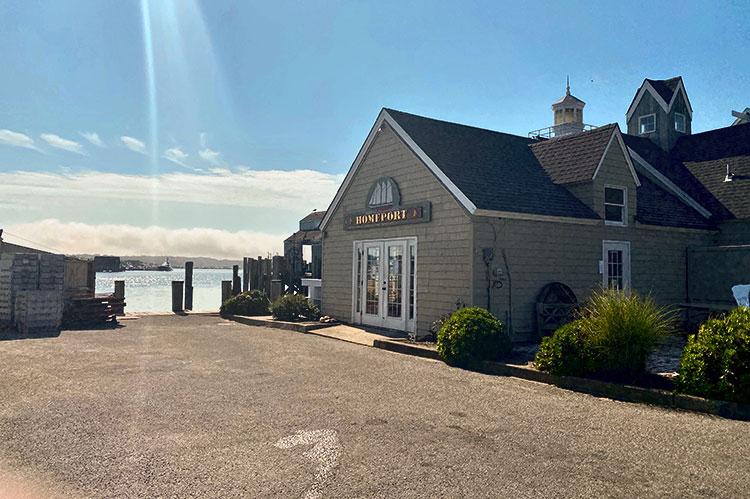 To help retail stores, restaurants, and hotels survive the economic downturn caused by the pandemic, campaigns to promote fall tourism to the East End, and to encourage shopping locally will be essential, according to Tom Flight, a member of East Hampton Town's Business Recovery Group.

Mr. Flight, who owns five retail stores in Montauk including two Homeport home furnishings stores and the Captain Kid toy shop, recently shuttered two of his other businesses — the Ha Ha gift shop in Montauk, and Shine clothing store in Bridgehampton — due to lagging sales. "Most people are down 30 to 40 percent, and that's true for me," he said. "We lost May and most of June, and now we're operating down."

A federal loan he received through the Paycheck Protection Program has been a "huge" help in keeping his businesses open during the crisis, he said, but other initiatives, such as President Donald Trump's executive order to suspend the visa program that allows foreigners to work in the country, have been immensely counterproductive. "Not allowing H-1 visas has been crazy for our businesses," he said. That suspension and an increase in unemployment benefits have left him unable to find employees. "We've had to keep staffing low, and cut back the hours the stores are open," he said. "At this point I'm doing okay, but if there's a second wave and we lose September and even part of August, then who knows?"

East Hampton Town initially established the Business Recovery Group, a committee comprising local business leaders, to develop protocols for operating safely during the pandemic, said Mr. Flight, who is a member of the Montauk Ambulance Company. More recently, he and others on the committee have been advising the town board on ways to help businesses survive.

"There's a certain amount of money you have to make during the summer season to know that you can make rent and payroll for the next six months until people start shopping out here again," he said. Because the pandemic has left many owners unable to meet that threshold, he has recommended that the board invest in a promotional campaign to boost fall tourism. "September and October are going to be critical months for businesses, more than ever before," he said.

He also suggests holding a fall fair at which merchants can sell their wares. The fairs that have been held in past summers, he said, "always give us a nice boost."

Another key to businesses' survival, he said, will be encouraging residents to forgo online shopping and focus on supporting local businesses. He recounted a story of having caught a customer taking a photo of a product in one his stores. He approached him, and said, "I just need you to know that I'm sure you can find that cheaper online, but those companies don't pay local taxes, they don't pay local salaries, and they don't support the community."

"That's really the message that needs to get across out there, and hopefully people will listen," he said.

Although profits are down at his stores, Mr. Flight said he has not missed a rent payment. He's friendly with his Montauk landlords, who also live in the hamlet, he said, and he's sure they would adjust the terms of the lease if it helped him remain in business. The same could not be said for the absentee landlord who owned the space in Bridgehampton that Shine had occupied. "He was not budging," he said.

Across the East End, landlords will play a big role in deciding whether businesses will be able to outlast the crisis, he said. "Everyone is going to have to adjust," he said, and commercial landlords should support their current tenants rather than waiting for others to take their place. Otherwise, he said, the number of vacancies will likely soar. "If you drive through places with empty stores it changes the face of the town," he said.

"I'm going to do everything I can — tooth and nail — to stay in business, otherwise that would mean 20 people who'd be out of a job," he said. "I take that responsibility seriously."