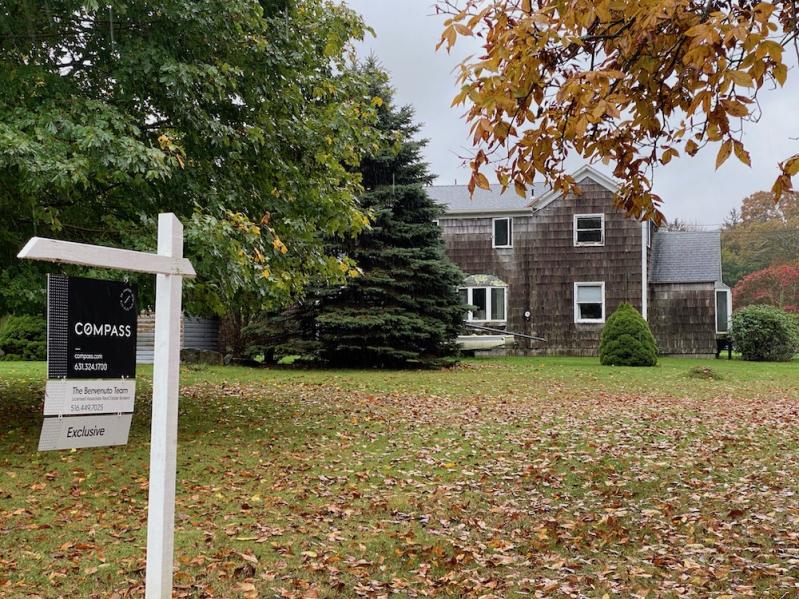 As buyer demand has increased, the number of listings in all categories except for luxury homes has declined.
Jamie Bufalino
By Jamie Bufalino

The scramble to find a refuge during the pandemic has led to surging home sales and prices, bidding wars, and an ongoing boom in the East End real estate market, according to third-quarter reports from several real estate agencies.

"The Hamptons offer the open space buyers are looking for right now and have also proven to be a good investment year over year," said Todd Bourgard, a senior executive at the Douglas Elliman agency. During the third quarter, 607 single-family homes, including condominiums, were sold, an increase of 51 percent from the same period in 2019, the largest uptick in nearly seven years, the firm reported. And the frenzied pace of sales continues. "So far in October, the number of written contracts are already double what they were in October of last year," Mr. Bourgard said. "We're in a strong and steady market that I see carrying through the fall and right into the new year."

As buyer demand has increased, the number of listings in all categories except for luxury homes has declined, according to the report. Bidding wars have often erupted as a result. "In August alone, there were 97 contracts signed between $1 and $2 million, and almost 50 percent of those had multiple offers," he said. "Many of these listings have sold at far over asking price." The average sales price in the quarter was more than $2 million, nearly 29 percent higher than in 2019.

The increase in listings in the luxury sector, which the firm defines as the top 10 percent of highest-priced homes, may be a reflection of sellers being opportunistic. "Homeowners who have been thinking about listing for years are now doing it, seizing on the best market we've ever seen," he said.

"The summer of 2020 will go down in the Hamptons real estate books," said Judi Desiderio, the president of Town and Country Real Estate in an analysis of the agency's third quarter. The firm's report noted that in four of its coverage areas -- Southampton Village, Amagansett, Montauk, and the Bridgehampton area (which includes Water Mill and Sagaponack) -- the number of homes sold had more than doubled from the same period in 2019. "Fortunately, we are seeing more and more homes listed daily," she said. "This is a good thing because since late summer the lack of inventory has led to bidding wars."

The East End real estate market has been booming, she said, because "Covid has forced everyone to examine where and how they live." The surge in sales shows no signs of letting up. "The fourth quarter will be off the charts mainly due to the deals that are already in the pipeline," she said.

The report from the Brown Harris Stevens agency found that single-family home sales had risen more than 51 percent over last year, and the overall value of homes sold amounted to more than $973 million, more than double the amount in the third quarter of 2019. Philip O'Connell, the agency's managing director of the region, said he expects the market to remain strong through the end of the year.

The ongoing boom has led to robust revenues for the Peconic Bay Region Community Preservation Fund, which receives the proceeds of a 2-percent real estate transfer tax. The money goes to the five East End towns -- East Hampton, Southampton, Shelter Island, Southold, and Riverhead -- to use for land preservation, water quality improvement, and the protection of maritime heritage.

"The nine-month total for 2020 is the highest year-to-date revenue total in the 21-year history of the C.P.F." said Mr. Thiele. "The increase in revenue continues to be fueled by the exodus from New York City and other population centers to the East End."