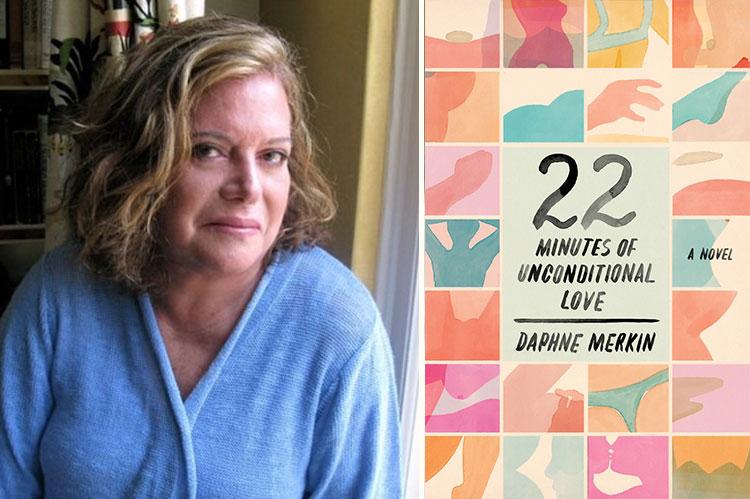 There's a hush over Daphne Merkin's "22 Minutes of Unconditional Love," as if the novel had been written in the middle of the night, where the work-a-day is suspended and morning is in another life. Simultaneously stepping back and delving deep, Ms. Merkin writes a studied atmosphere, leading the reader along as witness to both the story and the process of the telling.

The protagonist of the novel, one Judith Stone, a writer, married to a doctor, with a child and one on the way, looks back on a former period in her life. It was the 1990s — yellow cabs and public pay phones, when she dressed almost exclusively in slim black clothing, lunching with an expense account. She was a career person, a book editor in Manhattan, single.

"The Germans, leave it to them, have a word for this sort of inclination: Horigkeit, they call it. Sexual dependence or abjection."

Judith Stone meets the object of her obsession, Howard Rose, at a party. He calls her the next day and says something to her that you wouldn't repeat out loud in public. Many of the things he says to her fall into this category. He's a decade or so older than Judith, a criminal lawyer. He's abrupt, socially weird, touchy; he can be sweet and warm, but he runs hot and cold. Sometimes he is cruel. His dominance and her submission are the name of the game. For Judith Stone, it quickly becomes an obsessional sexual liaison where need consumes her and talk of love cannot be taken seriously.

The particulars of the relationship unspool in a cool, dispassionate third person (how 1990s), interspersed with sections titled as numbered "digressions" in which the narrator, that is, the writer Judith Stone has become, speaks directly to the reader with self-consciously constructed intellectualized musings. These meta-narrative sections teeter between tedious and thought-provoking, held in a delicate balance, touching down on the subtleties of engaging the reader, on the nature of the novel, and on the vagaries of the writer.

Readers may cast themselves in the best-friend role, as in, Hey, don't go out with a guy who doesn't treat you right! Or perhaps take the role of viewers at a horror movie, cringing down in our seats, knowing there's sure to be a jump-scare coming, or worse — Don't go in the house!

There is, too, a voyeuristic quality to the experience of reading Ms. Merkin's quiet, well-paced scenes. You may find you're almost holding your breath. However, little real suspense can develop here: We know that Judith Stone lives to tell the tale, and to prosper in the way polite society suggests we all should, secure in our family and gender roles. We are even aware from the start that the protagonist/writer was able to exert personal power over her situation: "I willed him out of my life in order to pursue a more sane existence, one that would include a husband and children — a daughter I would bring up to feel full in herself, without vast absences or ravaging needs."

Perhaps it is a spoiler to say that all sexual activity between Judith and Howard in the novel remains consensual. Yet still it is a story of struggle for recovery and survival — toward the building and preservation of self. The relationship poses a deep psychological draw and danger. Judith Stone gets out alive, but does she get out in one piece? What missing piece within could lure her again? What void could activate, insisting on being filled?

Evan Harris is the author of "The Quit." The head of children's services at the Amagansett Library, she lives in East Hampton.

Mashashimuet Park's History and Future
A Conference for Young People to Create Solutions
Get Outside, Get Moving
END_OF_DOCUMENT_TOKEN_TO_BE_REPLACED