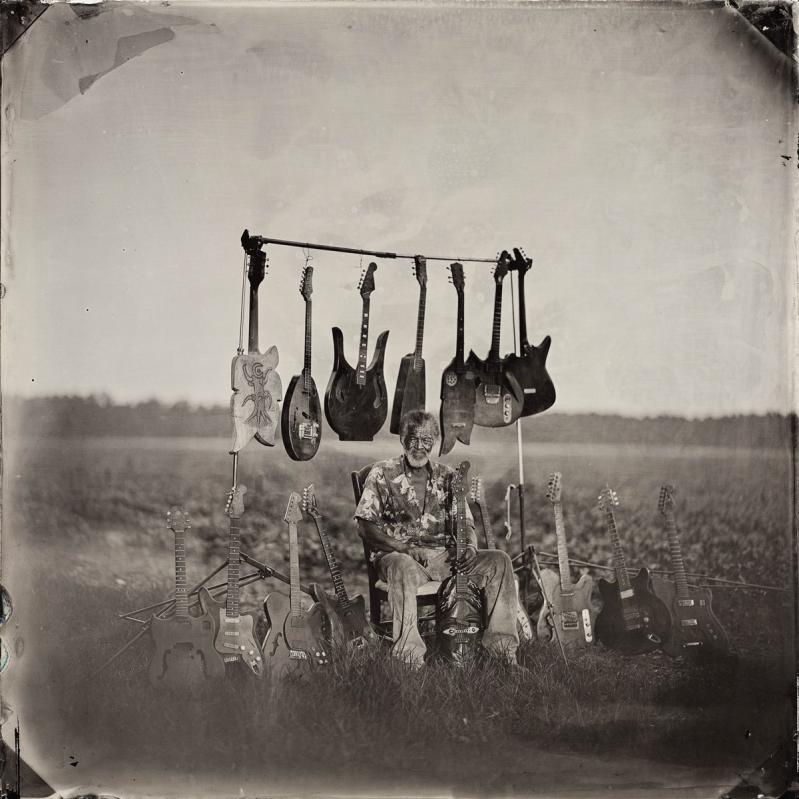 Freeman Vines, whose work is coming to the Southampton Arts Center, is seen here with some of his "Hanging Tree Guitars," which he made using found wood from a lynching tree.
Tim Duffy
By Mark Segal

The Southampton Arts Center will do its part to illuminate the beauty and mystery of trees with its next exhibition, "A Celebration of Trees," which opens on Saturday with the work of 80 artists from 20 countries.

Since trees first appeared on Earth some 360 million years ago, they have helped stabilize and improve environmental conditions for life on the planet, and today are a weapon against global warming.

"Ever since childhood, I have had a deep love and spiritual connection to the trees around me,” said Laurie Dolphin, who organized the exhibition with Daniela Kronemeyer and Coco Myers. “I have come to realize that the universal importance of the tree world is fundamental to the survival of mankind. Simply put, we need trees and trees need us -- we are forever interconnected. I know that this exhibition will transform our relationship, understanding, and appreciation of trees.”

The exhibition includes painting, photography, silkscreen, sculpture, film, poetry, and messages from Indigenous peoples. A series of public programs will complement the show, starting Sunday morning at 10 with a tour of the Folly Tree Arboretum in Springs, a cultural archive of trees maintained by Tucker Marder, and a curator-led exhibition tour at noon.

Among the artists with work on view are Freeman Vines, a self-taught artist, musician, luthier, and writer from North Carolina, who crafts guitars out of found wood, including that of a local "lynching tree" from a series he called "Hanging Tree Guitars."

Andy Warhol will be represented by a series of little-known and rarely exhibited black-and-white gelatin photographs, taken toward the end of his life, that reveal his appreciation of trees and landscape, including that of his 30 acres in Montauk.

The photographer Renate Aller has photographed one of the oldest living tree species, the juniper, while the New Orleans artist Frank Relle has turned his camera on the ancient cypress trees of the Louisiana bayous.

The colorful figurative paintings of Mr. StarCity, a.k.a. Dave White, influenced by the hip-hop and graffiti culture he grew up around in Bedford-Stuyvesant, pay homage to the natural world, much of which has yielded to development in his Brooklyn neighborhood.

Trees have figured in the work of Charles Gaines, including his recent Times Square installation "Roots," which encompasses seven sweetgum trees once native to the region, and engages with the nation's history of colonization and enslavement.

Ms. Myers says of the large contingent of local artists in the exhibition, "Whether the work is representational or abstracted, it is inspired by nature: the light, the sea, the fields, and the trees of eastern Long Island."

Another program, whose date is yet to be announced, will feature a film presentation by the artist Sibylle Szaggars Redford, part of her environmental performance "The Way of the Rain -- Hope for Earth," which has spoken word by her husband, Robert Redford.

The exhibition will be on view through Dec. 18. The galleries will be open Fridays through Sundays from noon to 5; admission is free. More information on Sunday's Folly Tree Arboretum tour can be found on the arts center's website.