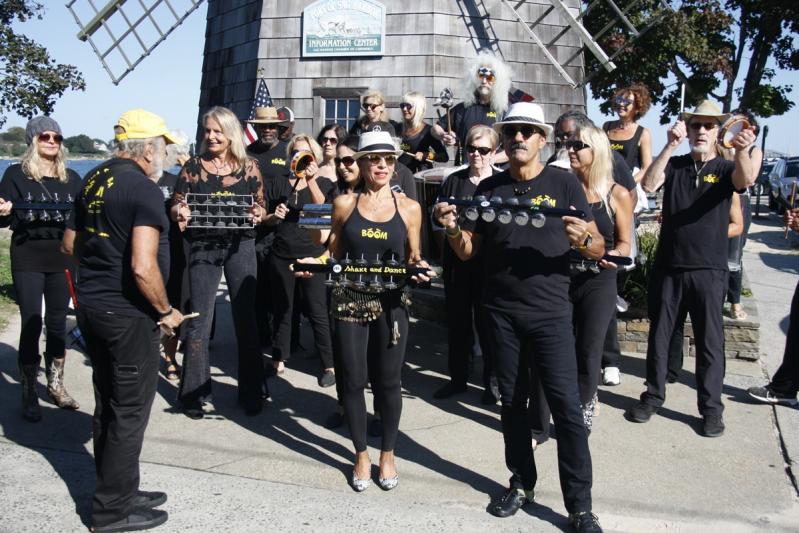 Escola de Samba Boom, a favorite staple of the Sag Harbor American Music Festival, will lead a parade through the village on Thursday.
Durell Godfrey
By Mark Segal

The Sag Harbor American Music Festival returns Thursday for its 11th season, with four days of free outdoor concerts, an opening night parade, and a live radio broadcast by Ed German of WLIW-FM.

The festival kicks off Thursday at 6 p.m. when Escola de Samba Boom, a 30-piece percussion ensemble, leads a parade down Main Street. A concert by Soul Inscribed, a hip-hop soul group from New York, will follow at 7 at the Marine Park tent.

Tomorrow, Dan Bailey will lead a drum class at Marine Park at 5:30 p.m., after which, at 7, Red Baraat, a Brooklyn band that draws from hip-hop, jazz, and punk, will hold forth at the same location.

Saturday and Sunday will feature performances by some 30 bands and soloists at venues throughout the village. Sagharbormusic.org is the source for the complete schedule of programs.