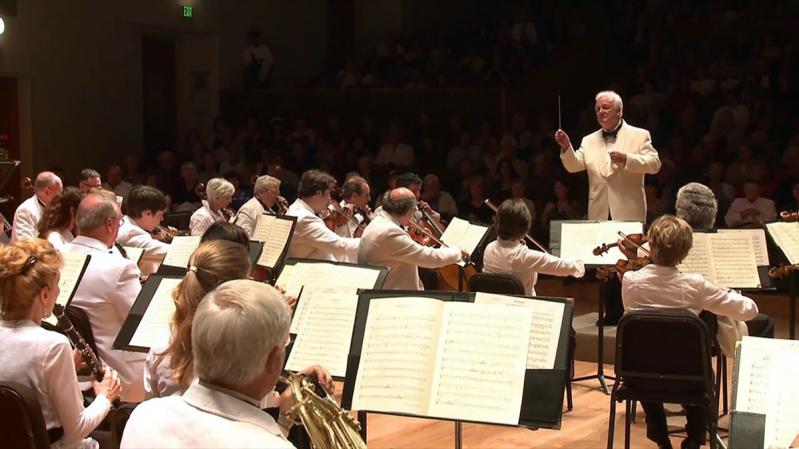 A new festival is coming to town, and the track record of its founder and artistic director, Michael Palmer, augers well for its future as an annual event that will do for classical music what the Hamptons International Film Festival has done for the cinema.

Mr. Palmer, an internationally renowned orchestral conductor, founded the Bellingham Festival of Music in Bellingham, Wash., in 1993, and served as its artistic director until this year.

Under his leadership, the festival became internationally recognized. His concerts, heard across the nation on Public Radio, have featured some of the finest orchestral musicians and major guest artists from the United States and abroad.

The inaugural Hamptons Festival of Music will take place at LTV Studios in Wainscott from Friday, Sept. 9, through Sept. 11, with three concerts featuring the New American Sinfonietta, the festival's resident orchestra.

In addition, Pepe Romero, a world-renowned classical guitarist, will be heard in recital on Sept. 10 with the guest artist Maria Valdes, an American soprano who has performed in opera companies and at opera festivals across the country.

The opening night concert, set for 7:30 p.m., will feature all six of Bach's Brandenburg Concertos, each of which will highlight musicians from the New American Sinfonietta, with Mr. Palmer conducting.

A concert featuring Mr. Romero with Ms. Valdes will take place the next day, Sept. 10, also at 7:30. Described as "a private, intimate concert," that performance is only available to those who purchase All Concert passes. A reception with Mr. Romero and Ms. Valdes will follow the recital.

The final concert, which will happen at 4 p.m. on Sept. 11, will open with Mozart's overture to "The Marriage of Figaro," after which Mr. Romero will perform Rodrigo's "Concierto de Aranjuez." Beethoven's Symphony No. 7 will conclude the program and the festival.

Mr. Palmer  began his professional career as assistant conductor of the Atlanta Symphony Orchestra in 1967. Since then he has risen through the ranks of international orchestral conductors with posts in Wichita, New Haven, Houston, and Denver, and international appearances in Canada, Europe, and China. He has been a distinguished professor of orchestral studies at Georgia State University since 2004.

Mr. Romero has appeared with leading symphony orchestras throughout this country and Europe. He holds honorary doctorates in music from the University of Victoria and the San Francisco Conservatory of Music, as well as the Premio Andalucia de Musica, the highest recognition given by Spain for contribution to the arts.

Of the choice of LTV as the venue, Mr. Palmer said, “The large studio space and overall facilities seemed like a natural fit for what I envisioned for a very intimate and memorable festival experience for the audience.”

General admission for the Sept. 9 and Sept 11 concerts is $350, with premium seating available for $500. All Concert passes are $2,000. The festival's website is the source for more information and tickets.