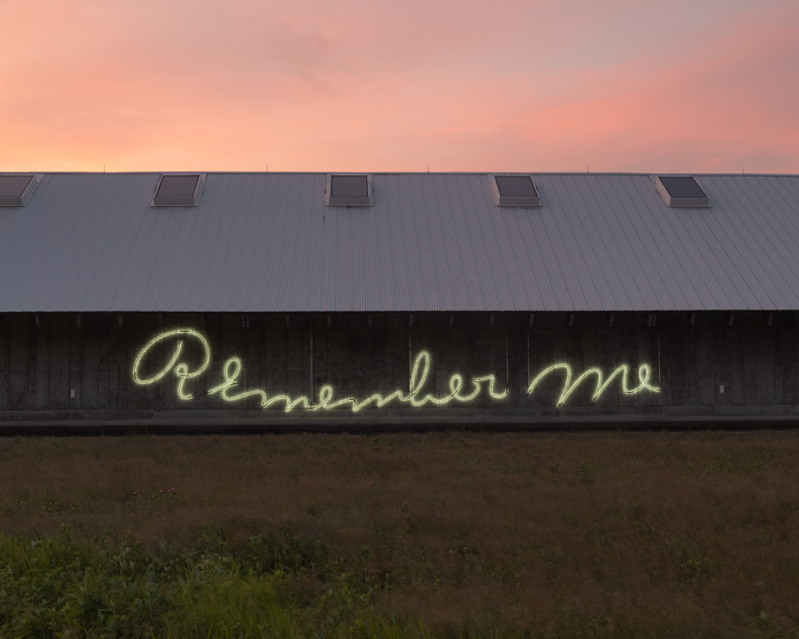 For Freedoms, an artists' coalition, was founded by Hank Willis Thomas, Eric Gottesman, Michelle Woo, and the Wyatt Gallery with the goal of building spaces for civic engagement, discourse, and direct action.

Work by 12 contemporary artists from the coalition are featured in the exhibition "Another Justice: US is Them -- Hank Willis Thomas | For Freedoms," which will open at the Parrish Art Museum in Water Mill on Saturday. The show includes nearly 30 works and series in mixed-media, sculpture, site-specific installation, wall painting, and photography.

The works on view reflect each artist's take on the concept of justice. Ms. Buckman's embroideries propose joy as an antidote to violence against women, while Ms. Minaya's collaged photographs of camouflaged figures address colonial idealization of female bodies and landscape.

Mr. Thomas's large-scale textile works are made from deconstructed American flags and prison uniforms, while Mr. Olujimi's "Red Shift" features drawings of men and women who have attempted to assassinate American presidents.

Musical notation, written language, American Sign Language, and the use of the body are all recurring elements in Ms. Kim's work, while Ms. Malik's mirrored boat is meant to evoke travel to a more just world.

Mr. Gottesman's work addresses nationalism, migration, structural violence, history, and intimate relations. The sculptures of Ms. Council, who was born in Southampton, relate to her family's history of working in the nearby potato fields.

The 62-foot tall electronic billboards erected by the Shinnecock Indian Nation on Sunrise Highway in Southampton are featuring works by the indigenous artists Mr. Dennis, Mr. Gibson, Ms. Miranda-Rivadeneira, and Ms. Watt that engage with the Land Back movement.

The Watermill Center has invited For Freedoms for a residency starting Sept. 14, during which the artists will organize a series of public programs with members of the East End community.

"Another Justice" has been organized by Corinne Erni, the museum's curator of special projects, with support from Brianna Hernandez, curatorial fellow. Co-curators are Mr. Thomas and Carly Fischer. It will remain on view through Nov. 6.