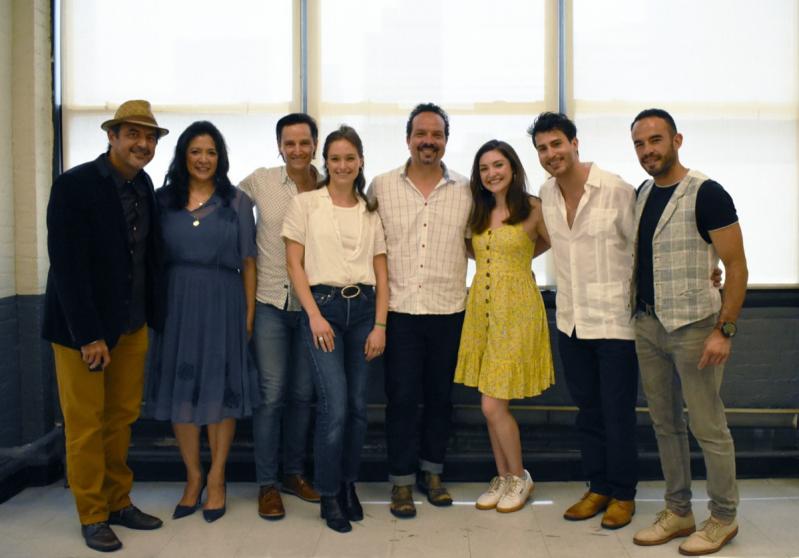 In keeping with the determination of its artistic director, Scott Schwartz, to give audiences a "wonderful smorgasbord of what theater can be," the Bay Street Theater in Sag Harbor is pivoting from the black comedy of "Windfall" to the romantic melodrama of "Anna in the Tropics." Nilo Cruz's 2003 Pulitzer Prize-winning play will open on July 2, with previews beginning Tuesday evening at 7.

"Anna in the Tropics" is set in 1929 in Tampa, the center of the Florida cigar-making industry during the first decades of the 20th century. The city's Cuban immigrants brought to the factories not only their hand-rolling skills, but also the tradition of the lector, a well-dressed and well-spoken man who would read aloud to the workers, keeping them entertained and organized.

When a newly arrived lector reads from Tolstoy's "Anna Karenina," he unwittingly becomes a catalyst who spins the lives of the characters into motion. The factory's Cuban-American owner is struggling with a gambling addiction, while his two daughters, unhappy in their love lives, are drawn to the handsome lector.

"It's an extremely romantic story," said Mr. Schwartz. "It's all about changing love relationships, and the lector comes and he's very sexy and changes everything. It has a real tropical feel, and it has a real sense of passion."

Ben Brantley, in his New York Times review of the play's debut, wrote, "Mr. Cruz has created a work as wistful and affectingly ambitious as its characters. 'Anna in the Tropics' reaches for the artistic heavens -- specifically, that corner of eternity occupied by the plays of Anton Chekhov, where yearning is an existential condition."

"Anna in the Tropics" earned a Tony Award nomination for Mr. Cruz, in whose work the immigrant experience is a common theme. His plays have been seen at numerous theaters around the country, including South Coast Rep, the Mark Taper Forum, the Oregon Shakespeare Festival, Washington D.C.’s Studio Theatre, and New York’s Public Theater, as well as in Canada, England, France, Australia, Germany, Belarus, Costa Rica, Colombia, Japan, and Spain.

The play was brought to Bay Street last summer by Marcos Santana, who choreographed the theater's 2021 production of "Camelot." Mr. Santana is directing "Anna." His Broadway choreography credits include "On Your Feet" and "Guys and Dolls," in both of which he also performed, and "Rocky."

The all-Latinx cast features Serafin Falcon as Santiago and Iliana Guibert as Ofelia, the plant's owners; Maria Isabel Bilbao as Marela and Christine Spang as Conchita, the daughters; Anthony Michael Martinez as Juan Julian, the lector; Gullermo Ivan as Paloma, the son-in-law, and Christian Barillas as Cheche, Santiago's half-brother.

"Anna in the Tropics" will run through July 24. Performances will take place Tuesdays, Wednesdays, Thursdays, and Sundays at 7 p.m., Fridays and Saturdays at 8, with 2 p.m. matinees on Wednesdays and Sundays starting July 6. Tickets range from $49.99 to $124.99.