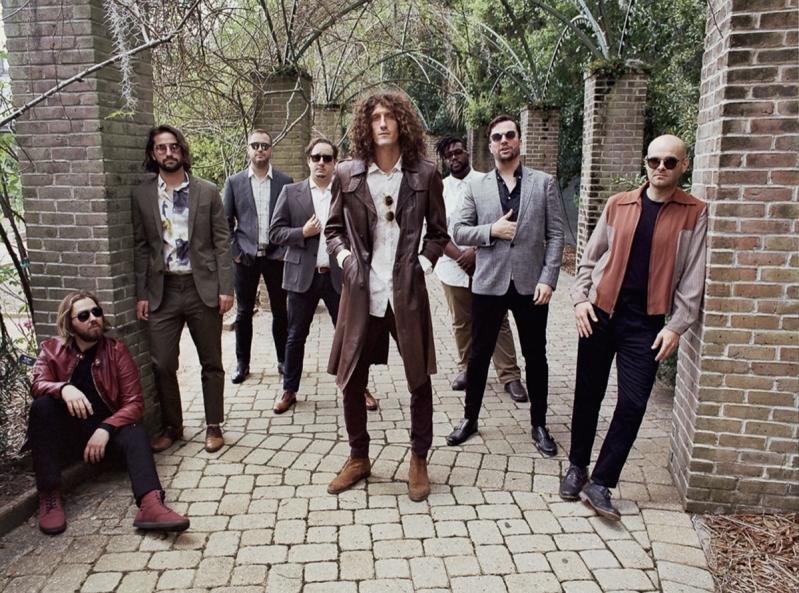 The Revivalists will give a benefit concert at the Stephen Talkhouse in Amagansett on July 4.
Zackery Michael
By Mark Segal

The Revivalists, an eight-piece band formed in New Orleans in 2007, started out at Check Point Charlie, a dive bar and laundromat in that city with a capacity of less than 100. Since then they have come a long way, releasing four albums and an EP, selling out Red Rocks in Colorado three times, and, just last month, playing to a full house of 6,000 people at Radio City Music Hall.

The group has been called a jam band and a roots rock band; most of their airplay is on alternative radio. They have opened for the Rolling Stones, performed sets at Lollapalooza, Bonnaroo, Governors Ball, and the New Orleans Jazz Fest, and appeared on "Ellen," "The Late Show With Stephen Colbert," and "Jimmy Kimmel LIVE!" -- but never in the Hamptons.

That will change on July 4, when the band will play a benefit show at Stephen Talkhouse in Amagansett, an intimate venue that accommodates 200. Tickets, priced at $350, go on sale Thursday and are expected to sell out quickly.

The producers behind the show are Greg Williamson and Nicole Rechter, whose company, RWE Partners, produces concerts for causes, among them Love Rocks NYC, which has raised millions of dollars for God's Love We Deliver. Love Rocks 2022 featured Keith Richards and the X-Pensive Winos; previous iterations have included Robert Plant, Dave Matthews, Sheryl Crow, and Joe Walsh, among others.

The Talkhouse show will benefit USA Warrior Stories, Inc., a nonprofit that records, archives, and shares videos of veterans' stories online to help them make a connection with one another and the public at large.

RWE's mission, said Mr. Williamson during a Zoom conversation, "is to do good through the power of music and to create magical moments and bring incredible artists to these storied venues while at the same time being associated with a great cause."

Mr. Williamson is no stranger to the Talkhouse. His family had a house in Amagansett when he was growing up, and his mother now lives in East Hampton. "I spent a lot of time at the Talkhouse. I saw Rick Danko there, I saw Taj Mahal. Because we lived on Hand Lane, we could walk back and forth there. For me it's a full-circle thing."

The circle actually closed last year. "We had to go out to the Hamptons for a meeting," said Ms. Rechter. "He took me to the Talkhouse, we stood outside, and we were like, let's do a show, let's create something. That's what we do. So we did."

That show took place at the Talkhouse last summer with a performance by Marcus King and Friends, the latter including Ivan Neville, who hadn't been to the Hamptons in 20 years, and Lisa Fischer, who toured with the Rolling Stones.

"So for us it’s a real honor to be able to do something at a venue with that kind of history and to bring artists there who would typically not otherwise play it," said Mr. Williamson.

As for the Revivalists, "They're young, cool kids, and it's the best of all worlds, because they're doing good, they're playing music, and they get to hang in the Hamptons for July Fourth weekend," said Mr. Williamson.

The Revivalists donate a portion of their ticket sales and fan donations to nonprofits through Rev Causes, whose beneficiaries include the National Coalition to Abolish the Death Penalty, New Orleans Mission, A.C.L.U. of Louisiana, Communities in Schools of the Gulf South, and others.

"Rev Causes is kind of like our music," says Mr. Ingraham.  "It comes from a lot of different places and covers a lot of ground, but ultimately it's all about what we believe in."

This article has been modified from its original and print version to adjust the ticket price for the Revivalists' concert, which was originally listed as $300.

A Conference for Young People to Create Solutions
Get Outside, Get Moving
Two Traditions, One Fair in Springs
END_OF_DOCUMENT_TOKEN_TO_BE_REPLACED