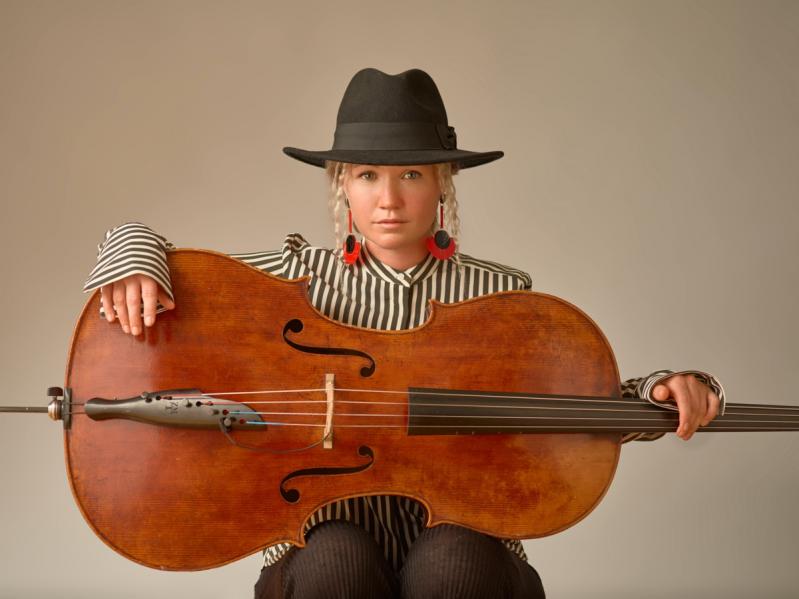 Ashley Bathgate, a cellist, will be one of the musicians in Music for Montauk's "Songs My Mother Taught Me" program at the Montauk School.
By Mark Segal

Dvorak and More
Music for Montauk's Spring Concert will return Friday after a two-year hiatus with "Songs My Mother Taught Me," a free program set for 6 p.m. in the Montauk School auditorium.

“Dvorak’s song 'Songs My Mother Taught Me' is about connecting generations through music and the humanity of that experience," says Milos Repicky, a pianist and co-director of Music for Montauk. "With this program, we take that precious interaction as a starting point and broaden the experience in some beautifully unexpected and fun ways.”

The performers are Ms. Meyer, a composer and violinist; Sarah Whitney, a violinist; Ashley Bathgate, a cellist; Sarah Nelson Craft, a mezzo-soprano, and Mr. Repicky.

Madoo, Open and Honored
Now open for the season, Madoo Conservancy in Sagaponack will celebrate International Topiary Day with "Topiary Today," an online course, next Thursday at 10 a.m. Darren Lerigo, a British gardener and topiary specialist, will discuss the resurgence of the topiary arts in Britain with examples of his own work and samples of the form at Madoo.

For those wishing a deeper dive, Mr. Lerigo will host three-hour, in-person workshops at Madoo on Friday, May 13, and May 14, both at 9 a.m. He will spend the sessions "up a ladder, making bold cuts with his sharp, shiny shears," while participants learn to trust their instincts in the garden by practicing on their own tabletop topiaries and the shrubs at the conservancy.

The Zoom course is $20; the hands-on workshops are $150. Mr. Lerigo will be available starting Monday for in-home consultations, which can be arranged by emailing [email protected].

Also of note, Madoo has been inducted into the Historic Artists' Homes and Studios program of the National Trust for Historic Preservation. It is one of 55 sites nationwide that represent the diversity of this country's artistic legacy, among them the Pollock-Krasner House and Study Center in Springs and the Thomas and Mary Nimmo Moran Studio in East Hampton.

Harping on Bach
Friday's Salon Series concert at the Parrish Art Museum in Water Mill will feature a performance by the harpist Parker Ramsay of the Aria and 23 of the 30 "Goldberg Variations" by Johann Sebastian Bach. The Wall Street Journal said his recording of the Bach work is "marked by keen musical intelligence and richly colored sound."

Educated at Kings College, Cambridge, the Oberlin Conservatory, and the Juilliard School, Mr. Ramsey's practice integrates historical and contemporary music and both modern and period harps. He has performed at the Royal Albert Hall in London, the Musee d'Orsay in Paris, Alice Tully Hall at Lincoln Center, and the Phillips Collection in Washington, D.C., among notable venues.

Two Hands and Four
Up next in the Southampton Cultural Center's Rising Stars Piano Series are Matthew and Gvantsa Griswold, award-winning Pianofest alumni, who will perform on Saturday at 6 p.m.

After Mr. Griswold's solo program of music by Scriabin, Schumann/Liszt, and Chopin, he will be joined by his wife for the four-hands music of Mozart, Rachmaninov, and Brahms.

Hail the Garden
On Friday, May 13, Bridge Gardens in Bridgehampton will mark National Public Gardens Day with a tour from 2 to 3:30 p.m., part of the Go Public Gardens! effort to recognize the importance of public gardens. Rick Bogusch, the site's director, will discuss the native and non-native plants in the landscape there. The tour is $10, free to members, and reservations are required through the Peconic Land Trust.