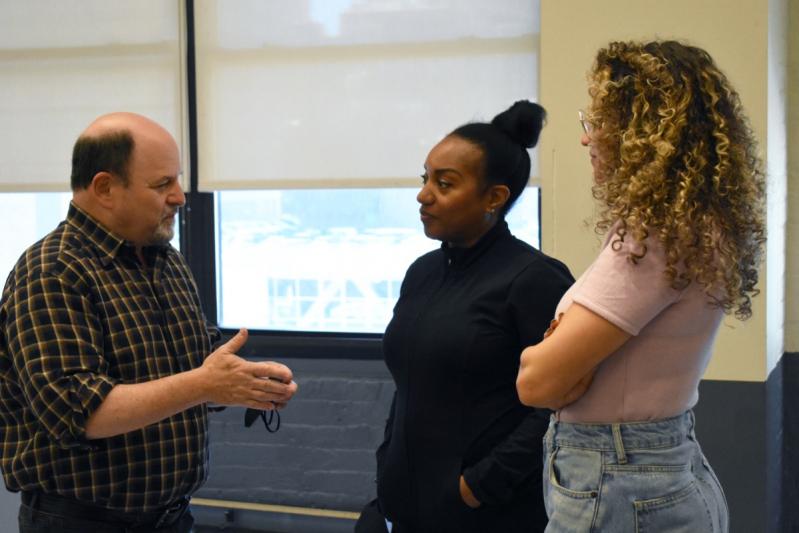 Like so much else during the past two years, Bay Street Theater's 2021 summer season was a hybrid affair. "Becoming Dr. Ruth" was performed inside the theater for a socially-distanced audience; "Wonder/Wall" took place in the outdoor courtyard, and "Camelot" unfolded under the stars in a field in Bridgehampton.

Six months ago, when he was thinking about this summer, Scott Schwartz, the theater's artistic director, was guardedly optimistic about the progress that had been made in the pandemic. As a result, "We decided it was really time to be back, and to give our community and our audience the most exciting summer we can. I felt this summer should be a blowout summer. We're not holding back."

The season will launch with the East Coast premiere of "Windfall," a dark comedy by Scooter Pietsch that will be directed by Jason Alexander. A limited number of tickets remain for opening night, which is set for June 4; previews begin on Tuesday.

Though perhaps best known for his award-winning stint as George Costanza on "Seinfeld," Mr. Alexander has worked as a writer, composer, director, producer, and teacher of acting, in addition to his celebrated performances on stage, screen, and television.

Mr. Alexander first saw "Windfall" at a reading arranged by Mr. Pietsch. "I was laughing hysterically," he said, "but there are actually moments that are truly touching. For a comedy to suck you in to the point where you actually relate to every character and see yourself in the situation, I just thought was remarkable."

"Windfall" follows the plight of five office workers in Columbus, Ohio, whose maniacal boss causes them to dream of a better life. To that end, they bet everything they have on a billion-dollar lottery ticket and agree to split the winnings. However, the prospect of winning brings out the worst in the former friends, who go to increasingly extreme lengths to make sure nobody gets away with claiming the entire windfall for themselves.

The play, which was originally scheduled for Bay Street's summer of 2020, premiered at the Arkansas Repertory Theatre in 2016, also under the direction of Mr. Alexander. A producer subsequently sent Mr. Schwartz "Windfall" and "The Cocktail Party Effect," another play by Mr. Pietsch. The latter was performed in Bay Street's 2017 New Works festival.

Of "Windfall," Mr. Schwartz said, "I thought it was a play about America, a play about money, and haves and have-nots, and the desire to become a have if you're a have-not, and how that can twist and distort you." He read it in 2017, "and it just stuck with me. There is deep stuff and darkness underneath, but it is laugh-out-loud funny."

The playwright, Mr. Pietsch, is an Emmy-nominated composer and songwriter whose play "One Night Standoff" is currently being made into a movie. Readings and productions of his plays have featured the Tony Award-winning actors Bryan Cranston, Stephanie J. Block, Cady Huffman, Faith Prince, and Michelle Pawk. His music has been featured in hundreds of television series.

Mr. Alexander's theater directing credits include "The God of Hell" at the Geffen Playhouse; "Broadway Bound" at the Odyssey Theatre; "Native Gardens" at the Pasadena Playhouse, and "Damn Yankees," "The Fantasticks," and "Sunday in the Park With George" for the Reprise Theatre Company.

Mr. Pietsch said the idea for the play came from his own office. Whenever the lottery reached a stratospheric number, the talk would turn to everybody chipping in to buy tickets. "And obviously the conversation turned to what would you do if you won $100 million."

"Then I thought it would be fun to weave in one of the deadly sins, like greed, and I started developing the story based on what if it doesn’t go the way you think, and the best of friends become something less than that when they think that someone has stolen their money."

One review of the Arkansas production advised audience members to buckle up for the second act, when, Mr. Pietsch said, "Bloodshed ensues. Bloodshed and laughter, the greatest combo in the history of theater."

While Mr. Alexander and Mr. Garrett took part in a benefit at Bay Street in 2016, neither has performed or directed there until now. Of his character, the boss, Mr. Garrett said, "I've played a lot of jerks in suits before, but never anybody this unapologetically horrible. He's despicable, evil, abusive, and it's just absolutely a delicious character to get to play."

"Anna in the Tropics" is set in a cigar factory in Tampa in 1929, a time when factory owners hired lectors to entertain the workers by reading to them. In the play, a handsome lector, newly arrived, reads from Tolstoy's "Anna Karenina," which provokes romance, lust, and jealousy. "It has a real tropical feel, a real sense of passion," said Mr. Schwartz. The entire cast is Latinx.

Mr. Schwartz considers the "Ragtime" score one of the best written for musical theater in the past 25 years. "The play speaks to our time. It's about racial and class divisions in America. But to see a vision of  America where there are divisions, but also the chance of coming together, I think is something we could all use right now."