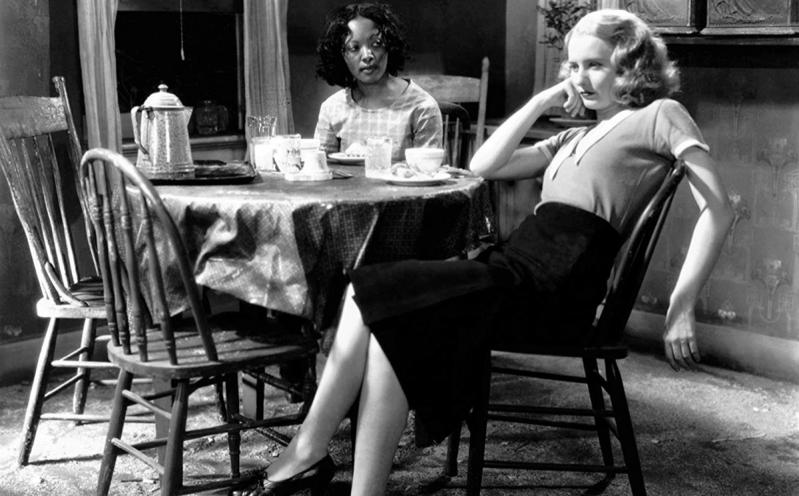 Theresa Harris and Barbara Stanwyck in a scene from the pre-code 1933 film "Baby Face."
By Mark Segal

“Opening a theater in the middle of a pandemic is not for the faint of heart; one year ago, we did not know what was going to happen." So said Giulia D'Agnolo Vallan, the Sag Harbor Cinema's artistic director, in an email sent from amid the hurly-burly of the Cannes Film Festival.

"We had a lot of promises to deliver in a relatively short time -- special programs, retrospectives, children's series, first runs," she added. "The response of the audience has exceeded all my expectations."

Exactly one year after the cinema's grand opening, it is celebrating with films that reflect the breadth of its programming, among them "Top Gun: Maverick," Quentin Tarantino's "Jackie Brown," Robert Altman's "Popeye," Julian Schnabel's "At Eternity's Gate," and, from 1933, the comedy "Baby Face," which starred Barbara Stanwyck in one of the raciest films from pre-code Hollywood.

The festivities will kick off Thursday at 4 p.m. with a screening of Tom Cruise's return to the big screen as Pete (Maverick) Mitchell, 36 years after the daredevil test pilot first lit up movie screens. Last week, Mr. Cruise accompanied his film to Cannes, where he received a Palme d'Or and watched a squadron of French fighter jets fly over the city.

Saturday's screening of the weekend's "Kids and Families" film series will feature "Popeye," which starred Robin Williams as the sailor man and Shelly Duvall as Olive Oyl. Jules Feiffer, who wrote the screenplay as a tribute to E.C. Segar's comic strip, will attend the screening.

"Baby Face" was shocking when it was released, but the pre-release version, which was longer and racier, remained lost until it was discovered in 2004 in the Library of Congress archives. The film had its American premiere a year later at Film Forum in New York City. Bruce Goldstein, Film Forum's repertory director, will introduce the film at its 5 p.m. screening on Sunday.

While the actress Pam Grier auditioned for Mr. Tarantino's film "Pulp Fiction," the director wanted to write a role that would properly honor the actress. That role was "Jackie Brown," which the filmmaker, who was inspired in part by the Blaxploitation films that had starred Ms. Grier, adapted from Elmore Leonard's novel "Rum Punch."

Both "Baby Face" and "Jackie Brown" will be shown in 35mm prints.

Ms. Vallan noted that while the cinema's audiences enjoy the rare 35mm prints, the special guest speakers, and the mini-retrospectives of directors such as Alan J Pakula and Peter Bogdanovich, "they also appreciate the opportunity to see 'Top Gun: Maverick' with the best sound and projection system east of New York City."

The cinema's website is the source for complete film listings and tickets.

Mashashimuet Park's History and Future
A Conference for Young People to Create Solutions
Get Outside, Get Moving
END_OF_DOCUMENT_TOKEN_TO_BE_REPLACED