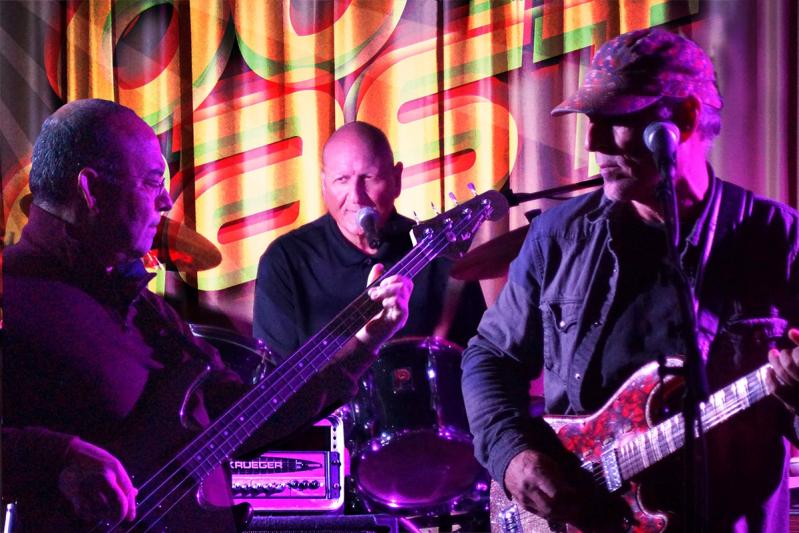 Out East will have its debut at the Stephen Talkhouse in Amagansett this weekend.
By Jennifer Landes Mark Segal

Out East Is Out East

Out East, the band, is making its debut at the Stephen Talkhouse in Amagansett Friday at 8 p.m.

The band is made up of East Hampton residents with fascinating day jobs. Two, John Jinks and Gerry Giliberti, are known more for their visual work. Mr. Jinks is a commercial artist who plays guitar and sitar and sings, and Mr. Giliberti, on drums and percussions, is a fine-art photographer. Carlos Barrios, the bassist, is a master musical instrument builder and has repaired instruments for fellow musicians on the East End such as G.E. Smith and Nancy Atlas.

The band promises original tunes, estimating that covers will comprise only 5 percent of the show's material.

In other news, Out East will provide new music for a documentary on a rock club on St. Marks Place in Manhattan, the Electric Circus, that operated from 1967 to 1971. "It was the first truly multimedia experience in a club format," Mr. Jinks said, "with pioneers in sound, music, and visuals."

Jon Irabagon, a Filipino-American saxophonist and composer who was named one of New York City's 25 jazz icons by Time Out New York, will perform at the Southampton Arts Center Friday at 7 p.m. The concert is presented with Hamptons Jazz Fest.

Winner of the 2008 Thelonious Monk Jazz Competition, Mr. Irabagon is known for the breadth of his work, which ranges, according to the critic Martin Longley, "from postbop to free improvisation, avant country to doom metal."

Mashashimuet Park's History and Future
A Conference for Young People to Create Solutions
Get Outside, Get Moving
END_OF_DOCUMENT_TOKEN_TO_BE_REPLACED