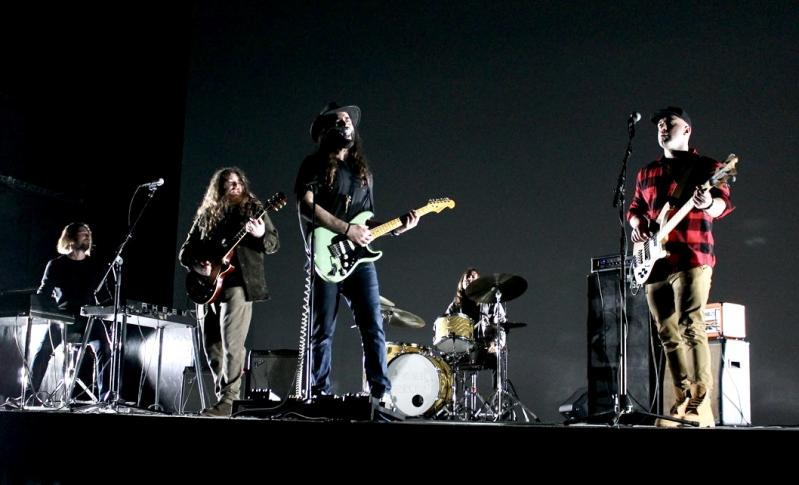 By no means did the Montauk Project sit idle during the pandemic just waiting for the chance to play live shows again.

In fact, the band has some new music to show off and it will do just that on Friday at the Stephen Talkhouse at 8 p.m. It's a preview of what promises to be a rocking summer season for live music.

On the playlist will be at least three new songs, including "Bombshell," which gets back to the band's roots of "good riffs, hard rock with a nice melody, and as many solos as we can fit in without annoying everybody," said Mark Schiavoni, its lead singer who also plays guitar.

"Most of our longtime listeners and fans really adhered to our heavier stuff, so we kind of took it back to our realm," he said.

"Bombshell" was written about three years ago but got a major overhaul in the studio with Oliver Straus, a well-known producer who has worked with Taking Back Sunday, All-American Rejects, Mumford and Sons, and P!nk, among other artists. The Montauk Project spent three days recording and mixing in Mr. Straus's Mission Sound studio in Brooklyn.

"It was cool to be in there. It's a legendary space," Mr. Schiavoni said. "We have home recording stuff, but we wanted to find a studio that knew how to record rock and roll and would enjoy the process."

The song was first inspired by a Russian girl they met on a surfing trip, but took a bit of a turn in the studio as armed conflict broke out in Ukraine.

It was "a metaphor for a girl, kind of like the one who got away," Mr. Schiavoni said, "but we realized in February that there were some world events that were going on that people may think the song had something to do with. We changed some words, and now the chorus can be taken as an antiwar song -- 'take back your Russian
bombshell.' "

"A good song means something to somebody," he continued. "It's art. Someone who buys a painting will buy it for the reason they like it, but that may not have anything to do with the artist's original vision. If it means something to people, that's great. The point of art is to evoke emotion."

The band is looking forward to Friday's Talkhouse show as a way to interact with fans in a meaningful way. "We want to reinvigorate the people who love our music and show them that we are pushing harder than ever now," Mr. Schiavoni said.

The band recently welcomed a keyboard player, Michael DiDonna, to a musical lineup that includes Mr. Schiavoni, Jasper Conroy on drums, Josh LeClerk on lead guitar, and Leander Drake on bass. There may also be a vinyl release in the Montauk Project's future.

Tickets cost $10 and can be purchased at the door or online in advance at stephentalkhouse.com. Proof of vaccination may be required to attend the show.

A Conference for Young People to Create Solutions
Get Outside, Get Moving
Two Traditions, One Fair in Springs
END_OF_DOCUMENT_TOKEN_TO_BE_REPLACED