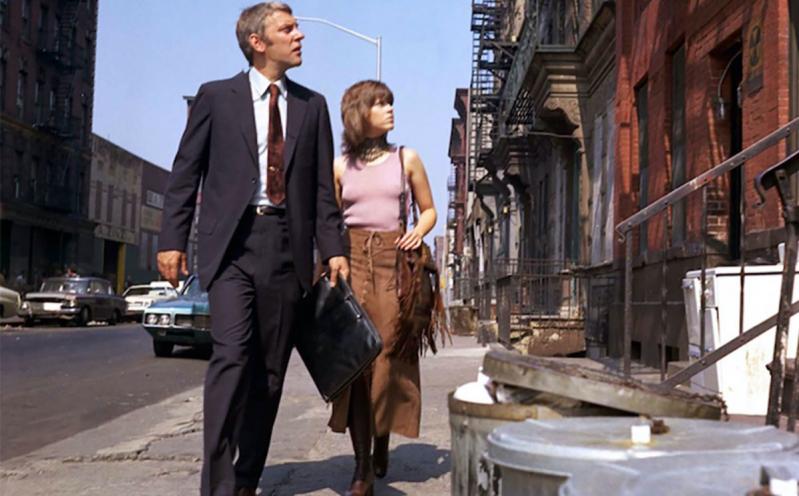 Three American films from the 1970s, “Klute,” “The Parallax View,” and “All the President’s Men,” have often been called the “Paranoia Trilogy” because of their themes of technological surveillance, corporate conspiracy, and governmental secrecy. These issues have, if anything, grown even more important in recent years.

All three films were directed by Alan J. Pakula and will be shown starting Friday at the Sag Harbor Cinema, along with “Alan Pakula: Going for Truth,” a documentary by Matthew Miele about the noted director, who had a house in East Hampton and died in a tragic accident on the Long Island Expressway in 1998.

“Alan Pakula produced and directed some of the most seminal and prescient films of the 20th century,” said Mr. Miele, “and for a man who never sought the spotlight for himself, a critical look at his work and a more in-depth portrait of the man is long overdue.”

Of the trilogy, Giulia D’Agnolo Vallan, the cinema’s founding artistic director, said, “I like how these three films, especially if seen together, combine his strengths as a filmmaker with such a precise sense of zeitgeist.”

Jane Fonda won her first best-actress Oscar for her portrayal of Bree Daniels, a call girl and aspiring actor, in “Klute” (1971). Donald Sutherland stars as John Klute, a detective involved in a missing-person investigation that leads him to Bree.

“The Parallax View” (1974) features Warren Beatty as a reporter who witnesses, along with seven other people, the assassination of a political candidate. The “accidental” death of the other seven leads Beatty to doubt the official account of the shooting. A conversation between Ms. Vallan and the screenwriter Bill Collage (“Assassin’s Creed”) will follow the screening.

Nominated for eight Academy Awards and winner of four, “All the President’s Men” (1976) stars Robert Redford and Dustin Hoffman in the true story of the exposure of the Watergate scandal by the Washington Post reporters Bob Woodward and Carl Bernstein.

Grant Announced
The cinema and Plain Sight Project have announced the receipt of a $200,000 grant from the Congressionally-directed Community Project Funding, sponsored by Senator Charles E. Schumer. A full story about the grant appears elsewhere in this issue.

A Conference for Young People to Create Solutions
Get Outside, Get Moving
Two Traditions, One Fair in Springs
END_OF_DOCUMENT_TOKEN_TO_BE_REPLACED