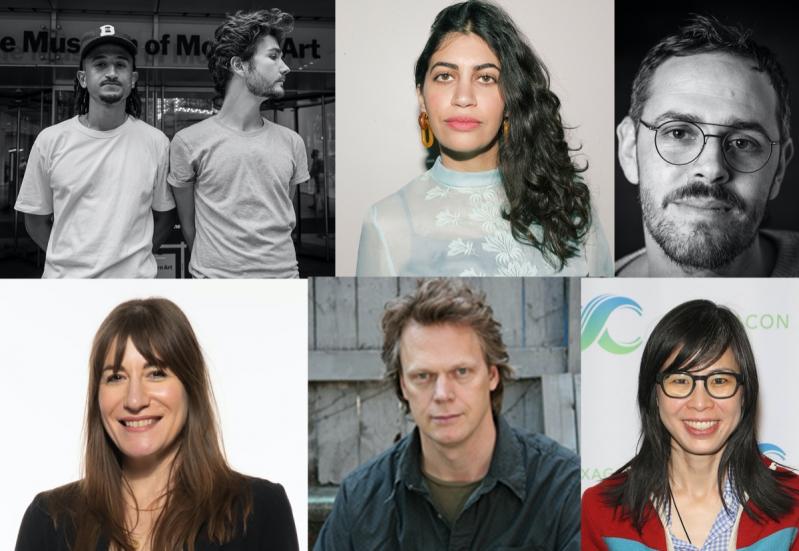 HamptonsFilm has announced the fellows, screenplays, and mentors selected for the 22nd iteration of its annual Screenwriters Lab, which will take place from April 8 through April 10. Pairing emerging screenwriters with established writers, directors, and producers, the Lab will be held in person for the first time since 2019.

The selected screenplays are “Marilou Is Everywhere” by Jimmy Goldblum; “The Leftover Ladies” by Farida Zahran, and “In Search of Time” by Jamil McGinnis and Pat Heywood. Ms. Zahran and her project also won the 2022 Melissa Mathison Fund, established in 2016 and named for the late screenwriter, which fosters the development of female writers in the industry.

This year’s mentors are Mollye Asher, producer of the Oscar-winning film “Nomadland,” Peter Hedges, a novelist and screenwriter whose credits include “What’s Eating Gilbert Grape” and the Oscar-nominated “About a Boy,” and Alice Wu, whose most recent film, “The Half of It,” won the Founders Award at the 2020 Tribeca Film Festival.

Mr. Goldblum’s “Marilou Is Everywhere” is the story of a 14-year-old girl who flees her abusive family and slips into another, replacing a girl whose sudden disappearance haunts a rural town. His interactive documentary “Live Hope Love” won an Emmy Award for New Approaches to Documentary.

Ms. Zahran’s short film “Youth” premiered at SXSW and has been seen at festivals worldwide. In “The Leftover Ladies,” a 60-something woman tries to leave her polygamous husband after he expresses renewed interest in her.

Mr. McGinnis and Mr. Heywood have been making films together since 2016.Their work has been shown at the Museum of Modern Art, Lincoln Center, and the British Film Institute. “In Search of Time” follows a boy who travels across Brooklyn to return his friend’s notebook before the day ends.

The Lab takes place each spring on the East End. Over the course of the weekend, the industry veterans advise the participating fellows on their feature-length projects in a series of individual and group development sessions.